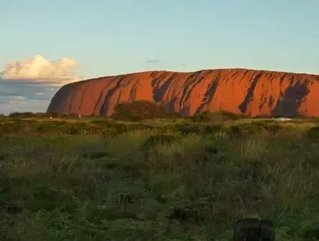 This week, a mere five months later, their fan base has increased by another million. At three million fans, See Australia remains the #1 tourism Facebook page in the world.

Visual marketing has proven to be the most successful method of advertising for the tourism organisation:

According to the Herald Sun, a Tourism Australia study conducted in the UK revealed that 25 per cent of people were booking holidays that had been posted by friends on Facebook. The most popular destination, thanks largely in part to the numerous photos of native animals, sunsets and national icons posted on the page, was Australia.

"That's the sort of phenomenon that we're tapping into,” said Tourism Australia managing director Andrew McEvoy. "We have always said that word of mouth is the way most people make their travel decisions.

"This space allows us to put word of mouth on steroids.''

The Facebook page, first launched in May 2008, quickly garnered fans as photos of Australia’s native animals attracted ‘likes,’ comments and shares, according to Tourism Australia. In 2011 alone, the page’s fan base grew by 855,000 new members.

The turning point came, however, when Project:12, a short video created by editing together fans’ iPhone recordings of themselves celebrating NYE in Sydney this past 1 January, was posted on the fan page. Within three days, the number of Facebook fans shot up by 85,000, breaking the two million mark.