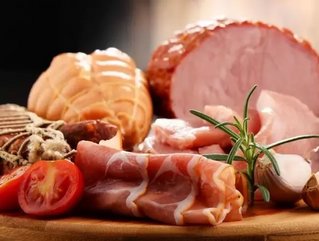 Last week, Indonesia held the SIAL Interfood Expo 2017 in Jakarta and the Russian Export Center attended as part of its efforts to introduce its food and beverage offerings to the Indonesian market.

According to Russia’s trade representative in Indonesia, Sergei Rossomakhov, food and agriculture products are a top priority for the country in terms of exports, as well as mining, energy, transport, infrastructure, and IT.

Rossomakhov told the Jakarta Post: “As Russia’s economy is recovering, we have been trying to reduce our dependence on oil exports… we hope Indonesia can be open to our products as we’re open to Indonesian products, especially palm oil.” Russia has increased its palm oil import volume from Indonesia seven-fold over the past eight years.

Footage was popularly shared on the internet in October of Russian leader Valadimir Putin laughing at his agriculture minister’s suggestion to sell Russian pork to Indonesia, which is the most populous Muslim country in the world. Minister Alexander Tkachyov’s presentation encouraged hiking pork exports, and he stated Indonesia should be a focus.

Despite the initial dismissal of this idea, it’s been reported that steps are indeed being taken to sell pork to Indonesia since its 12.8% non-Muslim population will amount to a market of around 260mn people.

A spokesperson from the Russia Trade Representation office in Indonesia has said: “delegates from the Federal Service for Veterinary and Phytosanitary Surveillance participated in the Indo Livestock event in Surabaya, East Java, last April, to introduce more of our many meat products, including pork… our parties submitted documents in August to get import approval from the Indonesian Agri Ministry to no avail until now.”

At the moment, Russia is running into problems with penetrating Indonesia’s market due to a nine-month wait for approval from the Indonesian Agriculture Ministry. Syamsuol Maarif, the Agriculture Ministry’s veterinary and public health director told the Jakarta Post: “Indonesia is open to pork trade; we’re an open country. However, the Russians were too late in submitting the documents in August. Should we grant them the permit, they would have to pay PNBN (tax) twice, this year and next year…. So it’s better for them to register next January. Also, we plan to make the process online by then so they can do it faster.”

Russia is experiencing a boom in pork production. The National Union for Pork Producers expects a 20% annual jump to 4.2mn tonnes by the end of 2017.