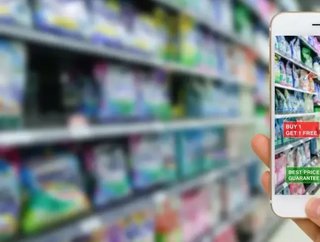 Paytm Mall is the latest online retailer to make it big in India, and is owned by Paytm Ecommerce Pvt. The company has backing from Chinese tech giant Alibaba Group Holdings.

The company will follow its backer into the offline business, with Alibaba having invested heavily in its offline offering to complement and boost its ecommerce business in the past year.  Tech rival Tencent is doing the same.

The new Paytm brick and mortar store will be co-branded with Red Tape shows, according to Bloomberg.

The store will include tech elements including the ability of customers to scan product bar codes, browse and purchase items via a smartphone application.

Paytm COO, Amit Sinha, told Bloomberg “India is too vast a country to be served by online-only retail and, given the rudimentary logistics infrastructure and customer preferences that vary from one district to the next, new retail will be the unique differentiator.”

Paytm Mall was founded just 10 months ago and rivals more established Indian ecommerce firms such as Flipkart, which US giant Walmart is currently in talks to buy over 40% of shares in.  Reuters has reported this will be a direct challenge to Amazon, which has said it will invest $5bn in its Indian expansion which is to include online groceries.

Flipkart is already backed by Softbank, Tencent and Amazon.