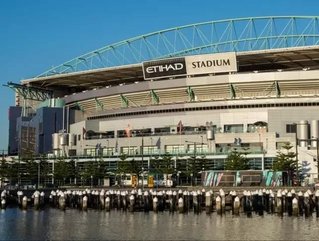 Melbourne Stadium’s Ltd. has announced that it has signed a new deal that will see the Etihad Stadium renamed as the Marvel Stadium, with Walt Disney having secured the naming rights in an eight-year deal.

The rebranding will see the 56,000-seater stadium receiving a major makeover, with a 540-foot Marvel-themed retail store set to be created within the facility.

The stadium is better known as the national headquarters of the Australian Football League (AFL), home to five teams including Essendon, St Kilda, Western Bulldogs, North Melbourne and Carlton.

“Marvel is a powerhouse in the entertainment industry and one of the most recognised brand names in the world. It is a brand dedicated to audience experiences, which firmly aligns with our vision to create incredible experiences for fans,” Melbourne Stadiums Limited CEO Michael Green said.

“This partnership will allow us to take the stadium atmosphere to the next level and create memorable experiences for a vast array of audiences and we look forward to delivering a truly game-changing experience.”

The naming rights deal will begin in August when the Etihad’s existing deal comes to an end, with Walt Disney becoming the fourth sponsor of the ground.