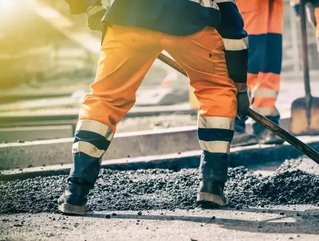 How document management played a critical role in transforming transport in Australia.

For years, Melbourne commuters faced frustrating delays on the way to work. It was common to sit in a car at one of the city’s many level crossings, waiting for the next train to pass through – and then repeat the experience at the next crossing. During rush-hour, some of the city’s busiest roads became instant bottlenecks of red-faced, white-knuckled commuters.

The Victorian state government, which is responsible for transport infrastructure in Melbourne, recognised that the situation was unsustainable. It was unsafe for drivers, cyclists, and pedestrians and it also created unnecessary air pollution. Its clogged-up transport arteries made the city inefficient, and the economic effects were becoming obvious.

The decision was made to take out 75 of the city’s most dangerous and congested level crossings. It would be an enormous undertaking, and the Victorian state government established the Level Crossing Removal Project (LXRP) to take responsibility.

The Level Crossing Removal Project (LXRP) joined with Lendlease, a leading international property and infrastructure group, and several other organisations to form the Caulfield to Dandenong (CTD) Alliance, and looked to transform the way they approached the project.

Because the project was highly complex with so many stakeholders involved, LXRP needed to develop a cutting-edge technological approach that would help increase efficiency and collaboration. It selected a collaborative document management software solution from InEight, a leading developer of capital project management software. LXRP mandated

that Lendlease use the document management solution, InEight® Document, to manage, protect and control project documents throughout the Caulfield to Dandenong (CTD) project.

The CTD project was set up to remove nine of the 75 level crossings that were situated on Melbourne’s busy Cranbourne/Pakenham line, between the suburbs of Caulfield and Dandenong. This AUD 1.6 billion project covered a site approximately 75km long. In addition to removing the level crossings themselves, it also had to:

The sheer scope and complexity of the work meant that the CTD project involved a significant number of stakeholders in addition to LXRP. Because the project was so widespread, the team had to work out of several separate offices, which in itself created a heavy administrative burden.

If that was not enough, CTD also had to ensure that trains kept moving during the construction period. That required an innovative project design – as well as exceptionally efficient, effective and collaborative project management.

The CTD project teams turned to InEight Document for better transparency and communication, and more reliability.

Inevitably, CTD would produce a mountain of documentation. Simply managing the paperwork – whether physical or electronic – was known to be a major challenge. To give an idea of the scale involved, CTD would eventually generate more than 8,000 requests for information, in addition to project documents, workflows, photos, emails and their attachments. Document management and control needed to be seamless and straightforward if manual errors and potentially costly mistakes were to be avoided.

“If we hadn’t used InEight Document, it would have been very difficult to manage it all,” says Andrew Mehegan, quality and systems manager, at Lendlease.

Ordering forms were also critical to the project. Every day of the project, the team had to order nearly 400 cubic meters of concrete, and then ensure concrete trucks were at the right location on the vast construction site.

In total, CTD generated nearly 200,000 pieces of correspondence. More than 2,000 users logged into the system to correspond with over 3,000 contacts at 521 companies. “We saved so much time in terms of document control because we were spared having to print up drawings and send them out to the various projects,” says Mehegan. “The efficiencies in communications have saved countless hours of travelling, as well as hours of additional labour and administration.”

In fact, it was clear long before the project’s conclusion that the CTD project teams were benefitting from stronger document control as well as the flexibility that the highly configurable system gave them. Project teams noticed that they were more efficient because documents were readily available, sharable and – importantly – accurate. The project teams could also control document security throughout the project and benefited from improved audibility. Small details – such as an intuitive search interface – demonstrated their value over and over again to a widely dispersed team working on a multi-faceted project.

Paperless handovers was a particular highlight because it enabled the CTD project teams to hand over almost instantly to the LXRP as each specific portion of the job was completed – a first for construction in Australia. Smart folders allowed CTD managers to define their own filing and sorting scheme, and to dynamically create folders based on document attributes. Documents could then be automatically collated, based on pre-entered information.

In practice, this meant real-time handover and quality management of individual jobs. For example, once a CTD team raised a concrete segment of the skyrail into place, it reported on that segment’s quality to LXRP in real-time. It could then move immediately on to the next segment – helping to speed up the overall construction process.

CTD also took advantage of the lot management feature in the software. CTD included more than 10,000 lots, each of which had to be handed over to LXRP on successful completion. The software enabled CTD to handle close-outs efficiently and helped project teams manage quality processes in a simplified manner. It also maintained a rigorous audit trail and provided a transparent view of the project’s lots to all participants – which helped keep the project’s progress on track.

“Lot Manager enabled us to put all our documentation online where anybody could view it live, including our project stakeholders. That was a big deal and very convenient,” says Mehegan.

Since completing CTD, LXRP’s use of the software is quickly becoming the standard for other capital projects in Australia, including Sydney’s NorthConnex tunnel motorway, the CityLink Tulla Widening and Victoria Harbour projects in Melbourne.

“This is a great example of a technology organisation working hand in hand to effect a collaborative partnership solution,” says Ian Watt, regional director, InEight. “We think this strategic partnership between the various parties involved has a very long lifespan ahead of it.”

InEight is a construction project management software company based in Melbourne, Australia. For more information, please go to the website: https://ineight.com/