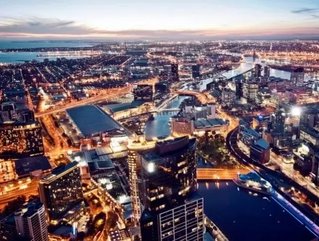 Condé Nast Traveler, a magazine offering travel ideas, competitions and guides, has released their lsit of the world’s friendliest and unfriendliest cities for 2014. And no surprise, Victoria’s friendly capital Melbourne hit the top of the list.

The ranking is determined by the magazine’s readers, who rate a city’s friendliness on a rank of factors, not just the demeanour of the locals. For example, Melbourne hit to top of the list partically based on its  “abundance of parks and fabulous public art.” Melbourne’s inhabitants were praised as a “friendly bunch... famous for their wonderful sense of humour.” Also leading it to its top spot on the list were was the world class hotel, food and nightlife scene.

But Melbourne wasn’t at the top of the list by itself, its neighbour Auckland, New Zealand tied for first place. It was ranked 16th just a year ago, though it pulled first place in the friendliness category. Detailed as one of the classiest cities in the world, it was recognized as a “clean, youthful, adventurous beautiful city.”

“The people are friendly, and their humour and view on life is something to aspire to attain,” said one reader. “Such a gorgeous city on the water” with “clear air,” “fresh food,” and “amazing culture,” others said.

Not to be left out, Sydney took the honourable fifth place ranking on the list, as it is home to the best food and breathtaking harbours and beaches, and was identified as the “most beautiful large city in the world,” by readers.

Below are the top 10 friendliest and unfriendliest cities in the world.