Marketing lessons to be learned from Starbucks' 'red cup' fiasco 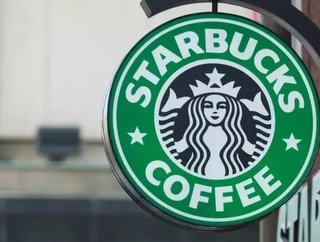 Although it’s still relatively small and scarce throughout Australia, Starbucks has positioned itself as one of the largest companies around the globe.

After opening its first Aussie store in Sydney back in 2000, Starbucks now has 25 locations between Sydney, Brisbane, Gold Coast, Sunshine Coast and Melbourne.

But with the holiday season approaching, there has been a wide range of public opinion expressed surrounding the coffee giant’s red holiday cup. While Starbucks said last year that a photo of its holiday cup was shared on Instagram every 14 seconds with the first 48 hours of launching, this year’s response hasn’t been quite as pleasant.

Many are upset that Starbucks took the Christmas flavour off its cups by making them so plain and void of imagery, eventually leading to the hashtag #MerryChristmasStarbucks to begin trending on social media.

While the response has been fierce — and somewhat over-critical — it does provide some valuable marketing lessons.

There is no such thing as bad publicity. As long as people are talking about you or your company, that is a good thing. It keeps you relevant and on people’s mind.

By creating such a public outrage, Starbucks has been able to turn consumers into marketers.

The power of social media

With the lack of time needed for word to spread about Starbucks’ latest move, social media has proven to be the best way for companies to advertise.

Not only do social media platforms allow businesses to interact with their customers, it also makes the process of providing and receiving feedback much easier. If consumers have an issue with your product or strategy, they will let you hear about it quickly.

There are plenty of marketing opportunities out there

Entrepreneurs with a plan, creativity and an eagerness to act on their idea quickly will have plenty of chances to capitalise when opportunities arise. It doesn’t take much for an idea to spread in today’s interconnected society.