How Gaption will help Aussies get paid for social media posts 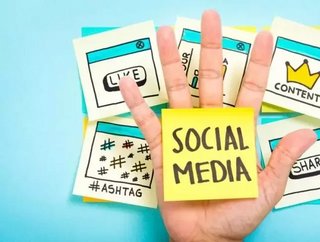 Are you ready to start getting paid for your social media interaction?

A new social networking site in Malaysia called Gaption intends to give social network giants such as Twitter and Facebook some new competition in the Australia market as well as other parts of the Asia Pacific. A combination between Facebook and Instagram, Gaption is a mixture of photos, short text posts and links to web stories.

Its goal is to share profits with those who post on the platform by tracking which user content or activity keeps other users on the site long enough to discover and click on advertisements.

Calculations are based largely upon several factors including quality of content, the size of the user’s following and the amount of engagement the content received. Although it’s difficult to determine how much a user will earn from the site, it commonly gets as high as a few dollars a week, possibly more based on the size of the user’s following.

The more popular the user is, the larger the distribution of the content and higher earning potential.

However, users aren’t required to do anything more than normal. They’re still just sharing updates, photos and links the same way they would on Facebook, only users are now monetizing the time they spend on the site.

It appears to be helping with Gaption’s popularity as well, as it already has about 20,000 users since launching in June. Also serving as an online marketplace, Gaption users can post products and make purchases right from their news feed.

Similar to the way Gaption rewards users for ad clicks, the platform also compensates users that enable a sale. Commission lands in the range of two to five per cent of the purchase price.

Users can withdraw their monetary earnings in cash or use it to pay for items on the site. Gaption also has other payment options for buyers such as PayPal and credit cards.

To help prevent fraud, Gaption uses an escrow payment system that holds the money until the buyer receives the product and marks the transaction as complete. In addition, the social platform uses a filter to restrict an overabundance of posts, comments or likes each day.

The unique nature of the site allows Gaption to have more revenue sources than its rivals, as the company charges 3.4 per cent plus US$0.40 for each ecommerce transaction, as well as 15 per cent for each subscription.

Over the next two years, Gaption is has set a goal to reach 10 million to 15 million users and an average revenue of US$900,000 per month. Many are positive about its ability to do so, as Gaption has already generated US$10,000 in revenue that it has been sharing with its users.