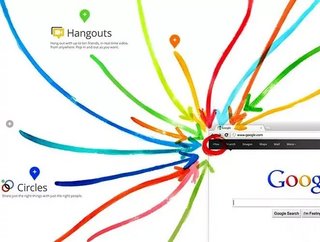 Be sure to check out this story in the September issue of Business Review Australia! Trust us, it's way cooler!

“Online sharing is broken and even awkward,” says Vic Gundotra, one of the creators of Google+, Google’s newest social media project. Google+ was created by Vic Gundotra and Bradley Horowitz to “fix” social media by adding nuanced social sharing backed by the power of Google search engines and streamlined innovation.

These are pretty hefty claims for Google to make, especially to a public of over 600 million users who have been happily Facebooking and Tweeting away, seemingly unaware or untroubled by the brokenness of social media.

So what are the features of Google+? More importantly, what makes Google+ better than Facebook and Twitter?

At first glance, a Google+ profile looks very similar to a Facebook profile with many of the same components. However, the function and reach of these components is where Google+ pulls slightly ahead of its predecessors.

For instance, the “Circles” button enables users to organize different contacts from their Gmail, Google+ accounts into categorized groups. These groups can be as specific as needed and gives the user privacy control over who sees what of their profile.

The “Sparks” button is a feature that combines the search engine power of Google with the sharing capability of Twitter and Facebook. You can enter an interest into the sparks search engine and Google will search out relevant information for you to look over and add to an interest list page and share with your “circles” of friends.  It will also pull relevant data from the Internet to stream constantly in real time to your interest page.

“Huddle” is a group messaging feature that works across Android, iPhone, and SMS. This simplifies communication and enables sharing across many different mediums.

How Effective is Your Social Media Strategy? Part 3

Instant Upload feature is an app that enables Android users to upload video and photos from their device to their Google+ profile.

The “Hangout” button alerts specific people of your availability/interest in chatting. It also enables group-chatting and video-chatting. For example, if you’re already chatting within a Circle, everyone else in that Circle will get an alert to come chat. This works for up to 10 people. The Google+ system is smart enough to focus on who is controlling the conversation as well as keep track of who is speaking to whom.

Finally, Google+ utilizes a main toolbar which features a drop-down showing all relevant Google+ activity as well as all of the functions. All of the information flowing through the system does so in real time. There is also a link to your Google+ Profile, which will replace your old Google Profile if you have Google+ enabled. On this profile you’ll find not only a stream of everything you’ve shared across Google+ but also your +1 content.

So far Google+ has only been released to 10 million users and only one business: Ford. In about three months, Google+ will be opening up its cyber doors to businesses but a set timeline for releasing it to the general public has not been announced.

“It’s not about one particular project, it’s about Google getting better. We know this is going to take us a considerable amount of time. But we want to make Google better by connecting you with your relationships and interests,” Gundotra stated.