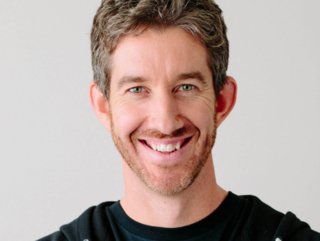 Twenty years ago, Australian college friends Mike Cannon-Brookes and Scott Farquhar created Atlassian – a software company that has gone on to empower teams of more than 200,000 global customers.

Much of Atlassian’s success is built on its forthright core values:

These values drive the company’s DNA, which includes hiring more remote workers since the pandemic. In fact, according to a tweet from Farquhar: “In the past year alone, 42% of our new hires globally live 2 or more hours from an office. There is great talent all over the world – not just within a 1hr radius of our offices.”

The above message was part of a ‘conversation’ Farquhar was enjoying with Tesla head honcho and Twitter suitor Elon Musk, following Musk’s own statement on working from home.

Last week, in a memo to staff, Musk stated that remote work for Tesla employees was no longer acceptable. The memo stated “anyone who wishes to do remote work must be in the office for a minimum (and I mean *minimum*) of 40 hours a week, or depart Tesla. This is less than we ask of factory workers”.

Farquhar spotted the opportunity to weigh in on this conversation by suggesting Tesla workers might find a more conducive and enlightened working environment at Atlassian.

Atlassian believes in future of work being remote

Twitter spat aside, it was a decent public relations opportunity to promote the Atlassian ethos when it comes to work-life balance, not to mention land some big tech talent in a competitive market.

As the company website states, work-life balance means something different to everyone.

“Atlassian believes the future of work is distributed so no matter your preference, we offer the flexibility that suits your lifestyle and needs. We hire people in any country where we have a legal entity as long as they have eligible work rights and sufficient team time zone overlap (think San Fran to Sydney).”

When Cannon-Brookes and Farquhar founded Atlassian, they knew what they did not want the company to be as much as what it should be. As they say, they wanted to Atlassian not to be an “environment where they had to conform rather than be who they authentically are”.

Atlassian behind team software tools such as Jira and Trello

The company now provides tools for teams, including project management and communication platforms Jira and Trello – which have boomed in recent years due to the accelerated digital transformation and shift to remote working driven by COVID-19.

Interestingly, as well as listing the likes of NASA, Airbnb and Cisco as customers, Atlassian also serves Tesla and SpaceX – we wonder what Musk thinks of that relationship? So much for ‘Don’t #@!% the customer’...

A 42-year-old father of three, Farquhar is high on the Australian rich list, with an estimated personal wealth of some US$12bn – not bad for a start-up funded by credit cards by two college grads.

Farquhar is also particularly close to his co-founder Cannon-Brookes. So much so that they live next door to each other in Sydney – in Australia’s two most expensive properties, of course. That’s what we call playing as a team.

DID YOU KNOW? As well as advocating remote work, Farquhar is also cofounder of Pledge 1% – an organisation that encourages companies (including Atlassian) to donate at least 1% of equity, employee time or its products to charity.