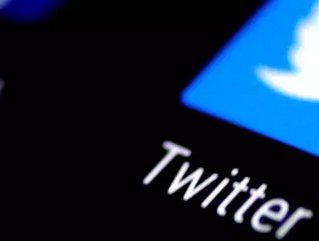 Managing Director of Southeast Asia at Twitter, Arvinder Gujral, bids the company farewell after 8 successful years in the executive position

Before joining Twitter in 2013, Arvinder Gujral already had an impressive portfolio under his belt. His 20+ years of experience included positions such as Head of Digital and Innovation at Aircel - a telecom operator in India - and working at a mobile app start-up in California. Now, however, he’s better known as the man responsible for growing Twitter’s business across the majority of Southeast Asia. Working his way up through the company from the not-so-meagre beginnings of Senior Director in Business Development APAC to leading SEA as Managing Director in 2017, Gujral managed the monumental feat of taking a negative business and growing it six times in four years.

So it’s with no surprise that Twitter is waving a rather reluctant goodbye to one of its greatest assets as the businessman decides it’s time to take his skills elsewhere.

“After eight years, it’s time to say goodbye to the Blue Bird,” Gujral said in a statement via his LinkedIn. “From helping set up Twitter India in 2013 and running APAC BD to pivoting the SEA team to become one of the fastest-growing revenue and audience markets for Twitter globally, it’s been an incredible ride.”

An executive leader with an aptitude for the Internet, Media, Tech Consulting and Advertising, Gujral’s talent shone through in spectacular fashion as Twitter afforded him the platform he needed to showcase his skills. Under his management, SEA grew to become a global Top 10 revenue and audience market for Twitter in under four years. He oversaw the establishment of India Operations, which today has three offices, and ensured the expansion of regional partnerships with media companies, governments, agencies and clients for a secure, stable future.

Upon accepting the role of Managing Director of SEA, Gujral supposedly realised that the majority of marketers in the region lingered with an outdated perception of Twitter from 2016 and a stubborn belief that the platform had no scale in the region.

“My first task was to reduce the gap between their perception and my reality,” he said in an interview with Marketing-Interactive, which he succeeded in doing by “listening [and] not doing anything proactive.” Instead, Gujral prioritised focus on understanding what Twitter as a platform truly meant for marketers in his target region. A strategy that evidently paid off in the long run.

Gujral’s passion for inspiring the next generation to utilise platforms like Twitter to kickstart and enhance their own business start-ups is something that characterised his career journey. Speaking to a young audience of hopeful entrepreneurs at a conference in 2014, Gujral offers his audience insight into what it takes to succeed in the industry he has seemingly mastered.

“If I were to be brave enough to give any advice … learn to sell yourself first before you start to sell your start-up or your product to anyone else.

“If all of us read all the popular books at the same time, we would have the same thoughts. Do something different. You have to be unique to stand out in this crowded place.”

Where to now for Arvinder Gujral?

The answer: no one knows. Twitter has confirmed his resignation and has said it is already “actively looking for his replacement” in a recent statement.

“We thank Gujral for his contributions to Twitter and remain highly committed to Southeast Asia. We have strong teams in place to engage and support our customers, advertisers and partners in the Southeast Asian markets, which are part of our Asia Pacific business.

Overall, we continue to hire and invest in Asia Pacific to serve the public conversation across this high-growth region.”

Gujral has not left any clues as to where he is headed next, but this much is clear: Gujral’s shoes at SEA Twitter will require big feet to fill, the legacy he leaves behind is a one of merit, and wherever the innovative businessman finds himself next, it’s safe to say that the company will be in good hands.