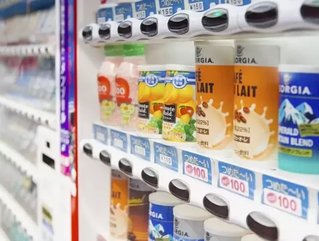 French retailer Auchan is going to expand is Auchan Minute formula across China. The chain says it will have “several hundred” of these miniature locations across the country by the New Year. It also plans to continue the increase in coming years.

The stores are fully automated and unmanned. They measure around 18 sq m and are open 24 hours a day. Each store carries around 500 products including drinks, snacks and fresh produce.

Go-Jek to mimic WeChat and AliPay in Indonesia

The stores are part of a partnership between Auchan Group and Hisense, which will design, construct and maintain the Auchan Minute branches.

Access can be gained to the stores via the WeChat app or a QR code which can be scanned on a smartphone. Users will be able to scan and pay for items via popular payment platforms Tencent’s WeChat and Alibaba’s AliPay.

The first store opened in Shanghai and several pilot stores have been operating in China as part of a pilot scheme that took place this summer. It is due to this success that hundreds will be rolled out by 2018.

Auchan is a French multinational retail group and is one of the largest distribution groups in the world. It has around 338,000 employees and over 3,000 locations worldwide. It is also the eighth largest retailer in Europe. The company entered China in 1999.