Xiaomi shakes up management and margins ahead of IPO 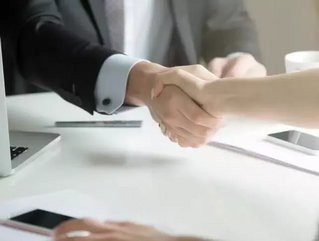 Smartphone giant Xiaomi has announced some changes in its top-tier management ahead of what is set to be the biggest IPO of 2018.

The tech company, which is based in China and prides itself on producing reasonably-priced devices, has said goodbye to two of its co-founders.

Xiaomi was initially founded by a group of eight people, and it has been announced that Zhou Guangping and Huang Jiangji will be leaving the company. The two co-founders have cited personal reasons for their decisions to leave.

Zhou was previously director of Xiaomi’s Mi-Phone team while Huang was in charge of developing MiTalk.

In addition to this, current CFO Shou Zi Chew will take on the role of Senior Vice President. Chew joined the company in 2015.

The news comes as Xiaomi appears to be exhibiting positive growth, having knocked Apple out of its spot as the fourth most popular smartphone vendor in China, and committed to its growth in India where the demand for a more reasonably-priced smartphone, such as the company’s flagship Mi model, is on the rise.

In addition, it was announced recently that the company will cap profit margins at 5%, in a move the media has described as “communist”. Net profit for the company’s hardware sales, after tax, will never exceed a margin of 5% as it tries to maintain its reputation as a provider of “innovation for everyone” with competitive “honest pricing”. This news, ahead of an IPO set to bring the company up to $100bn in value, will certainly have an impact on potential investors but according to the press, margins are already fairly low.

The company is set to file its initial public offering by the end of this year. Xiaomi is said to be planning a dual listing on the Hong Kong Stock Exchange as well as in mainland China.