Will the legalisation of medical marijuana boost the Aussie economy? 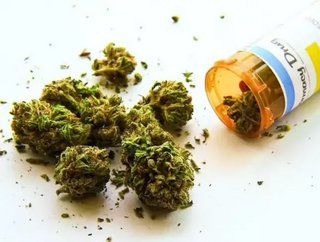 Medical marijuana has been gaining more and more acceptance around the world, as both politicians and normal citizens have learned about the medical benefits of cannabis.

Now, federal health minister Sussan Ley recently announced Australia is joining the trend, as the country will attempt change its legislation to allow the cultivation of cannabis for medical use by the end of this year.

The announcement follows the Aussie state of Victoria’s recent decision to create a legal framework around medicinal marijuana, and is set to being state-wide sales prior to 2017.

In the process, Victoria will become the first Australian state to allow and manufacture the sale of products containing the main chemical in cannabis, THC, although the state of South Australia began deciminialising low-level marijuana offenses in 1987.

The nation’s three most populated states Victoria, NSW and Queensland have each vowed to hold surveys on the effectiveness of medical marijuana to provide pain relief for those suffering from terminal illnesses, sleep disorders and symptoms stemming from chemotherapy in cancer patients.

States and territories in Australia are not legally allowed to grow or import cannabis for medical use. However, creating a regulatory body would take away a major obstacle in beginning the state trials, which Ley calls the “missing piece” of the process.

“Currently there are already systems in place to license the manufacture and supply of medicinal cannabis-based products in Australia, however there is no mechanism to allow the production of a safe, legal and sustainable local supply,” said Ley. “This has meant Australian patients, researchers and manufacturers have had to try to access international supplies of legal medicinal cannabis crops and products, but limited supplies and export barriers in other countries have made this difficult.

“Allowing the cultivation of legal medicinal cannabis crops in Australia under strict controls strikes the right balance between patient access, community protection and our international obligations.”

A number of Australian state governments are anticipated to begin growing the plant if the regulation process goes through. In addition, the industry will most likely gain millions for struggling state economies, especially if Australia clears legal hurdles to export marijuana to other countries.

As an example, 45 per cent of the world’s opium used in pharmaceutical painkillers is produced by the Tasmanian poppy industry, which brings in $300 million to the state each year.

While the nation’s major political parties all are in favor of using marijuana for medical reasons, they all have different views on how to regulate and build the industry.

Thousands of Aussie campaigners have been pushing for the law to be amended, as they believe it is unfair to criminalise patients who rely on the drug to help with pain. Since the petition on Change.org was launched two years ago, over 246,000 Australians have signed on.

Maybe we can add a few legislators to that list now.