Why are more than 90 percent of SMEs unhappy about their cashflow? 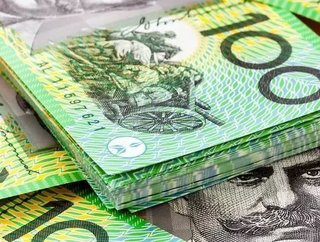 Cashflow issues are costing SMEs a potential $200 billion in lost revenue each year.

East & Partners has based these revenue estimates on ABS data that total revenue for the A$1 – 20m SME segment is A$1.3 trillion, and given 1150 of 1250 SME survey respondents indicated that better cashflow could have improved their revenue by an average of 18.7 percent, this has been extrapolated to indicate $222.5 billion additional revenue.

Three-quarters of SMEs who identify as being in growth phase say better cashflow would have produced revenue growth of 10 to 50 percent in 2016, Scottish Pacific CEO Peter Langham said.

The Scottish Pacific SME Growth Index out today shows a record percentage of businesses plan to use non-bank financing (22 percent, doubling from 11 percent in Round One, September 2014). This contrasts with declining bank borrowing intention (29 percent, significantly down from 38 percent in Round One).

As well as the growing intention to fund business by using non-banks, just under 95 percent of SMEs indicated they planned to use their own funds to support their business, and once again respondents cited access to and conditions of credit in their top three barriers to business growth.

“It seems the day is approaching when non-banks will match or pass the banks as the first port of call for small to medium business funding,” Langham said.

“With interest rates at record lows, SME access to credit should not be a problem. And yet SME owners and leaders indicate that their full credit appetite is not being fulfilled.

“In light of ASBFEO’s Small Business Loans Enquiry which highlighted the need for a fast solution for small businesses at loggerheads with their banks over access to finance, it’s important for SMEs and their advisers to be across the full range of finance options available to them,” he said.

Only 8.5 percent of all SMEs reported that they were satisfied with their cashflow (just 5 percent of growth SMEs were satisfied). Seven out of ten, whether growth, consolidating or declining SMEs, said better cashflow would have improved 2016 revenues by more than 5 percent.

“Regardless of whether an SME had a growth or negative growth forecast, this clearly indicates the significant impact improved cashflow would have on revenue growth,” Langham said.

“The smaller the business, the greater the impact of improved cashflow, with strong indications that improving cashflow early in the life of a business has a major long-term impact on revenue growth.”

Mr Langham said the stark reality for CFOs and corporate treasurers in the SME sector was that nine out of ten firms say they could have better cashflow management.

“The unhappiness around cashflow is higher for growth businesses, as opposed to those with steady or declining revenue. It is cited as a major growth barrier by 56 percent of growth SMEs, but only by 20 percent of SMEs in a consolidation or declining growth cycle,” he said.

Langham said that in this round of the Scottish Pacific SME Growth Index, Australia’s SME owners seem to have bounced back from the pessimism they voiced in the previous round, September 2016.

“SME business confidence is on the rise, but fragile. Trend analysis shows just over 49 percent of SMEs are expecting revenue increases in the first half of 2017, a drop from 63 percent in our first round in late 2014. Since 2014, average positive revenue forecasts for growth SMEs have remained at around 4 percent, yet the average revenue drop predicted by negative growth SMEs has blown out from 5 percent to 8 percent.”

“We’ve seen an increase in the number of SMEs citing credit conditions as a growth barrier, from just over 50 percent in 2014 to now above 60 percent,” Langham concluded.