Why Anglo American sold its Dartbrook coal mine to APC 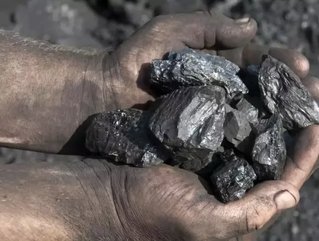 South Africa-based mining giant Anglo American has entered a Sale and Purchase Agreement (SPA) with Australian Pacific Coal to sell the majority of its stock in the Dartbrook coal mine in Hunter Valley.

An underground coal mine with an associated processing infrastructure that has been on care and maintenance since 2006, Dartbrook’s sale is scheduled to be completed by the middle of 2016.

APC, now led by Aussie electrician turned mining entrepreneur Nathan Tinkler, agreed to purchase Anglo American’s 83.3 per cent stake for about $50 million. Formerly one of Australia’s youngest billionaires, Tinkler took a major hit when coal prices fell. He was named CEO of APC in November and owns over 37 per cent of the company.

The deal includes an up-front cash payment of $25 million, a royalty agreement of $3 per tonne of coal produced by the operation and $0.25 for each tonne of coal sourced from other operation but processed using Dartbrook’s processing infrastructure.

RELATED TOPIC: Why Aussie miner Atrum Coal has invested in anthracite mine in Canada

The transaction is based on meeting certain conditions, including the waiver of pre-emption rights by Anglo American’s joint venture partner Marubeni Coal Pty, as well as the receipt of local and federal government consents for the transfer of the mining and exploration rights related to the operation.

Dartbrook is one of several assets Anglo American has parted ways with since announcing its major restructure last month. The company announced it would reduce its current assets from about 55 mines and smelters to about 25.

APC said it intends to convert from its existing underground structure to an open-cut mine if it receives government approval.