What Apple sets to gain by entering Aussie bond market 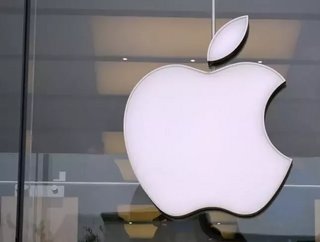 United States-based tech giant Apple is heading to the Australian bond market, as it recently held investor calls with bond fund managers prior to a possible initial Aussie bond issue.

Goldman Sachs, Commonwealth Bank and Deutsche Bank are managing the bond issue. Apple has raised $68 billion of debt since 2013 and has the largest cash balance ever assembled at over US$200 billion, which is twice the size of Australia’s largest company Commonwealth Bank (US$100 billion).

The purpose of the investor call is to propose the Apple credit to investors, although it may not be necessary for one of the world’s largest companies.

But why would Apple look to issue bonds in Australia?

A lot of the tech company’s motivation is to disperse growing funds across more markets in an effort to tweak its funding costs and relieve growing pressure in its primary funding markets. Apple’s belief is the Australian bond market is deep enough to offer a secondary source of funding.

Although the Aussie corporate bond market is not the largest, it has maintained stability and is a consistent source of funding for international borrowers. The recent US$700 million in funds raised by beer company SABMiller is proof to that.

In addition, the Aussie market gives overseas borrowers an advantage because the nation’s largest banks constantly need offshore funding. Since banks must meet a funding gap due to its loan books being larger than its deposits, Australian banks have to pay an addition 0.25 percentage points in hedging costs to raise funds in U.S. dollars.

RELATED TOPIC: Xiaomi and Huawei look to challenge Apple and Samsung in Australasia

However, a borrower can save that amount by issuing debt in Aussie dollars. It results in what’s commonly known as the Kangaroo bond market, which is debt sold by foreign entities into the Australian market that makes up a quarter of total Aussie dollar bond issuance.

It is Apple’s first-ever sale of the currency, as its order books shot up to $1.2 billion within the first two hours. Previously, the largest non-financial corporate bond was $1 billion, which was set by mining behemoth BHP Billiton back in 2012.

“Benchmark”-sized bond issues usually refer to ones between $500 million and $1 billion, so Apple’s order books of the bond issue is a signal that demand is very strong. In addition, the company’s AA+ rating is the second-highest investment grade rating possible, which reveals its low credit risk to lenders.

Similar to the tech company’s products, Apple’s bonds are believed to demand a premium and will seem expensive compared to U.S. bonds once converted into Aussie dollar. However, investors are still giving strong support since the bond has a higher rating than the leading banks and will provide investors a chance to gain exposure outside of the financial sector.

According to Apple, the proceeds of the bonds will be for “general corporate purposes,” which include dividend payments, share buy-backs as well as to supply funds toward capital expenditure, working capital, debt repayments and acquisitions.

But the fact a company so large with so much revenue even needs to raise debt is a little odd. It’s mostly due to the majority of Apple’s funds are in offshore districts that can’t be returned without a large tax bill.

With shareholders pressuring the company to return excess money, Apple in turn decided to borrow against the funds in the bond market.

The company is expected to issue more debt to pay back its investors over time while preserving its net balance of $100 billion.