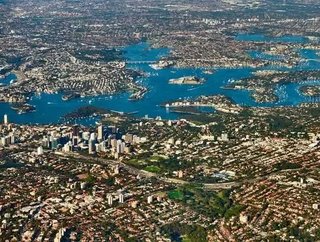 House prices continue to outstrip wage growth in Sydney as the NSW capital continues to price out potential homebuyers.

This is according to new research released by the Australian Housing Association (HIA), which says that acquiring a mortgage in the city now requires more than two times the average Sydney wage. There is now only one suburb of Sydney which holds an average house price below AU$500,000.

Whilst HIA praises the government for releasing a plan for a key growth area of Western Sydney, it is extremely concerned to read of the intention to introduce a Special Infrastructure Contribution (SIC) on new houses.

David Bare, HIA Executive Director NSW, said: “The new levy, whilst paid by the developer, will directly reduce housing affordability for families. This type of levy will go straight onto the price of a new home. The SIC will be added on top of the council’s Section 94 levies and together they will have a major impact on housing affordability.”

“HIA accepts that it is reasonable for new developments to include the construction of local infrastructure vital to a new subdivision including local roads, parks drainage and utilities. These are provided by the developer as part of high quality residential development and are simply good business. However the Government intends to hit new homebuyers for infrastructure that will be used by both new and existing residents – services such as health and emergency services, including ambulance and fire stations, hospitals, sporting facilities and State roads belong to everyone and should be funded by everyone.”