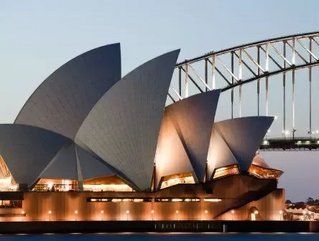 The 20 countries that preside over 85 percent of the world economy will be meeting this weekend in Sydney to discuss challenges and possible solutions in the major and emerging economies of today. Finance ministers and central bank governors from the following countries are included in the discussions: Argentina, Australia, Brazil, Canada, China, France, Germany, India, Indonesia, Italy, Japan, Korea, Mexico, Russia, Saudi Arabia, South Africa, Turkey, United Kingdom, United States and the European Union.

Australia is starting its one-year presidency of the G20 with this meeting; Treasurer Joe Hockey will be co-chairing the event with Reserve Bank governor Glenn Stevens. Prime Minister Tony Abbott is hoping the co-chairs focus on promoting freer trade, greater infrastructure investment and fairer taxation of big global companies.

This meeting and the following year under Australia’s presidency of the G20 will be a tough one. The critical attitude several developing countries have towards industrialized countries, particularly the United States, will require attention. Some claim that “international monetary cooperation has broken down,” and many do not like the US Federal Reserve’s policy of “tapering” the stimulus measures it’s been directing into the US economy.  Raghuram Rajan, India’s highly respected central bank governor, was the first to comment on these issues; his comments were later shared by South Africa’s Finance Minister, Pravin Gordhan.

Rajan has made it clear that emerging companies were responsible in part for raising the global economy out of the global financial crisis, and that it would be wrong to now ignore their contributions to the effort. Hockey’s position thus far on this issue has been one of support for the US, so talks could be tense. The US has also lagged on pushing through International Monetary Fund (IMF) reforms, which would allow emerging economies a bigger say in the international financial system.

These disputes could overshadow other pressing topics, and the G20 will rely on co-chairs Hockey and Stevens to make sure the main goals are not sidetracked. There are several other items on the agenda, including “proposals to boost global growth, especially infrastructure investment, implementation of financial system regulations, the harmonisation of international tax rules to reduce tax evasion and a push to give developing countries a bigger say at the IMF.”