Is The Startup Era the Dot-Com Bubble of the 2010s? 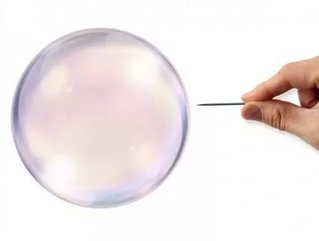 Mentioning the dot-era draws several different reactions: fury, embarrassment for participating and maybe even a few confused looks from the youngest members of your staff. But recently, the dot-com craze was brought up by CNET, who shared CB Insights information on startup investment in 2014. It turns out startups last year pulled in a record $47.3 billion from venture capitalists, near the levels of the height of the dot.com bubble. The last time there was spending even close to this on business was 2011, when investors pushed around $36 million to private companies.

So what drove the record-setting year? It turns out there were several companies that raised more than $500 million apiece in what has been referred to as a “mega-round” of funding. Uber raised $1.2 billion; Snapchat clocked in around $485.6 million. December in itself added $7.1 billion dollars to the game.

While the money raising period has been a huge success and very helpful to hundreds of companies, investors are worried that startups and venture capitalists might get too cozy with burning through the funding.

"I think that Silicon Valley as a whole, or that the venture-capital community or startup community, is taking on an excessive amount of risk right now—unprecedented since 1999," Bill Gurley, a general partner with Benchmark Capital shared with the Wall Street Journal.

Companies have been told to be more cautious with their spending habits, however, not everyone sees this as the bubble the Dot-Com disaster became. Marc Andreesen, venture capitalist and Netscape founder, believes the industry is in the middle of the "creation of some incredibly important, vital and successful new technology companies.”

"Every bubble in human history that was called a bubble by historians had widespread public participation," he said. "You always had a frenzy, you always had the proverbial shoe shine boys or taxi drivers or whoever who were completely hyper enthusiastic about putting every spare penny into the stocks. There's none of that today. individual money has actually been coming out of stocks for a very long time."