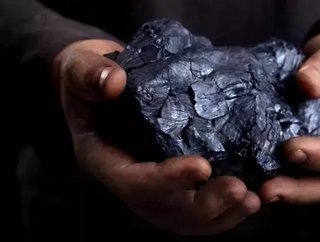 More problems have surfaced for India’s Adani Mining and its controversial Queensland Carmichael coal mine.

As Business Review Australia’s sister site Mining Global recently wrote, the company has halted engineering work on the $16.5 billion project, as it asked four separate major engineering contractors to put a stop to its work around the mine. This  includes a joint venture rail line and expansion of Abbot Point port.

Since it makes little sense to put an end to the work at this stage, even if it will save money, the move would increase speculation that Adani is ready to rid itself the massive project.

Tim Buckley of the Institute for Energy Economics and Financial Analysis said to stop work at this stage “just crucifies the project, it all goes out the window”.

“The minute Adani stops moving forward, the project is just dead, in my view,” Buckley said. “And the reason is you’ve got billions of dollars of debt in Australia and they’ve got this interest bill.

“They’ve been drawing a line in the sand and that is that they need financial close by October 2015.”

However, despite the speculation, Adani Mining recently released a statement supporting its commitment to the Carmichael project:

"For the past six to 12 months, Adani has maintained a level of investment, jobs and sub-contractor engagement for its mine, rail and port projects in anticipation of finalising approvals and decisions. The project budget was based, understandably, on these anticipated approvals timelines and milestones," the company said in a statement.

"As a result of changes to a range of approvals over that time, it’s necessary to synchronise our budget, project timelines and spending to meet those changes. Adani has made a commitment to build a long term future with Queensland that will deliver 10,000 jobs and $22 billion in royalties and taxes that will be reinvested back into community services.

"However, it is important to note we are now into the fifth year of development and approvals and therefore the need to finalise those approvals and timelines is critical."

As Business Review Australia previously wrote, making matters worse is coal mining in Queensland’s Galilee Basin — the location of Carmichael coal mine location — is neither environmentally or economically sustainable.

“If we’re to stay in within carbon budget and avoid dangerous climate change, we can't have any new coal developments anywhere around the planet,” said Professor Tim Flannery, chief councilor and co-author of the report.

“In fact we're going to have to close prematurely a quite a number of coal mines if we were to stay within that budget.

The Carmichael coal project has battled a lot of criticism from environmentalists and Indigenous landholders since its inception. Now, heightened pressure and mounting lawsuits to protect the Great Barrier Reef has caused massive roadblocks for the project.