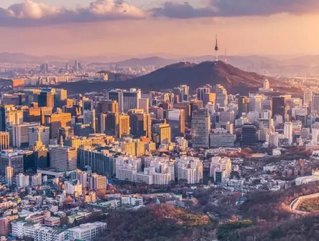 South Korean multinational conglomerate Lotte Group has announced a new investment plan that will see it invest US$44bn over the next five years
The firm has undergone a difficult period beginning in 2016, according to Financial Times, through a mixture of domestic and international problems that have damaged the Group’s image and revenues.
Its commitment to $44bn in investments is a rise on the previously pledged $35bn through 2021, Reuters said, and marks a change of tactics following the absence of chairman Shin Dong-bin.
Reuters quoted an unnamed official from Lotte Corp, the company’s holding company, who said:
“Since we set out our previous investment plan, we’ve been eight months without a chairman.”
See more:
“Our revised plan is to tell shareholders and the public that we are resetting our goal and making a fresh start.”
Reuters also noted that, following the appointment of South Korea’s liberal government in May 2017, the government has repeatedly called on the country’s biggest firms to invest in the local economy and create new job opportunities.
Of these, Hyundai and Samsung have notably pledged significant investments in their Korean operations.
“The plan reflects our will to quickly normalize management activities that recently slowed, secure competitiveness for future growth and to contribute to revitalizing the national economy,” Lotte said in a company statement, according to Reuters.
SamsunginvestmentHyundaiLotte Group
Share
Share