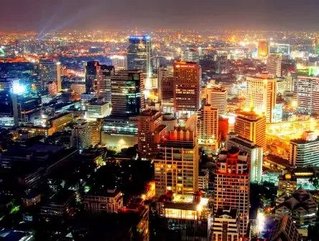 Australia is surrounded by hyper-competitive emerging economies that host extraordinary numbers of innovators and early adopters of technology. One undeniable opportunity for Australian media and technology companies lies with the digital revolution occurring in the emerging Asian markets. Taking advantage of the opportunities on our doorstep will be one of the keys to Australia’s future competitiveness, post mining boom.

There is an insatiable consumer appetite for content, data and network services in Asian countries, which is fuelled by more sophisticated and cheaper smartphones, tablets and televisions.  These increasingly affluent Asians have a strong desire to connect with the rest of the world on the latest technology devices. In fact according to IDC the relatively new “phablet” market, which are larger devices than smartphones but not as big as tablets, has gained a lot of popularity in the Asian emerging markets, where Chinese, Korean and Indian consumers can't get enough of them.

While Australian politicians have spent years arguing about whether we need the National Broadband Network, emerging markets in Asia have been quietly upgrading their broadband infrastructures, employing a range of 'push' and 'pull' factors. The governments of these emerging Asian economies realise that broadband infrastructure and internet access are critical for economic development.

One exception in the Asian emerging markets that absolutely does not have faster internet than Australia is China, where life for an internet addict can be tough, because the fastest available internet connection is 4 Mbps.

Hong Kong however is the stark opposite to the rest of China; this hyper-dense city has the fastest internet in the world, according to a quarterly Internet Report by Akamai Technologies from January of this year.  Hong Kong's average peak speed was an impressive 63.6 megabits per second, which was more than three times the global average of 18.4 Mbps. Japan, South Korea and Singapore were also in the top ten and Australia doesn’t even feature in the top twenty.

As Asian consumers in their droves demand 'smart experiences' in the most affordable and immediate ways, there will be a massive increase in demand for content and apps, with the biggest profits to be generated from value added services like messaging apps, mobile gaming and mobile music.  There are some great opportunities for Australian companies in the mobile financial services market, from financial institutions, payment processors, device vendors and mobile network operators.

We all know that cloud technology is revolutionising IT service delivery in Australia, but Asian emerging markets are also seizing these opportunities. They are bypassing traditional IT infrastructure by adopting straight-to-cloud strategies and accessing world class IT services equivalent to those of their developed market counterparts. Australian IT companies are well placed to get a share of this market.

Mobile health services in emerging Asian economies are becoming a standard element of healthcare delivery as their governments use pretty advanced broadband infrastructures to address the poor health outcomes and limited healthcare resources that exist. Australian mobile health technology providers have a fantastic opportunity here, but what do Australian companies need to do to get a good share of the opportunities on offer?

For those Australian companies yet to take on the challenge in emerging Asian markets there are some basic rules they need to follow to help them break into these markets.

The first is localisation and I am not just talking about the language barrier here. It is crucial that Australian companies and investors understand the lay of the land in emerging markets, especially when it comes to regulatory issues concerning foreign companies. They also need to be across the impact of that country's culture and customs on the buying behaviour of their prospective customers. A local partner will be essential to understanding what the threats and opportunities are.

Entering an emerging Asian market is challenging and will be made more so by the competition from leading players from North America, Europe and Asia. One word of warning though, it’s all about building relationships in Asian countries. You can't expect to fly in and do a deal, or begin doing business on the internet or via email - you need to be there trying to engage frequently and meeting people. However, Australia’s geographic proximity and young, dynamic and entrepreneurial companies, many of them family businesses, are well placed to maximise the opportunities on offer to us in Asia.

Mark started his career in advertising the ‘old fashioned’ way, as dispatch boy at J.W.T in 1989, aged 18. This gave him the opportunity to explore the agency, where he discovered a passion for media. After spending nine years in various media positions at JWT, Mark moved to George Patterson Bates in a senior managerial capacity. In 2002, Mark was appointed as one of the country’s youngest Managing Director’s at leading media agency, Zenith Media. In 2009, Mark was promoted to Chief Operating Officer of MediaCom and then to CEO Australasia in December of 2011.