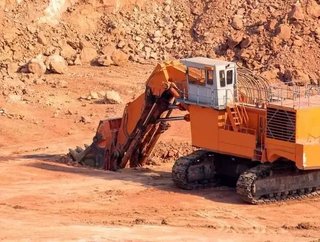 With greater emphasis on environmental concerns, the state of New South Wales has proposed an alteration of its mining approval process to make it more difficult to receive planning approval.

The Baird government intends to restore a balance between economic and environmental considerations, sparking an alarm throughout the mining industry. Previously, Business Review Australia wrote about Adani's Carmichael project in Queensland being affected due to environmental concers of the Great Barrier Reef.

Earlier this week, Planning Minister Rob Stokes released a proposed amendment to the Mining State Environmental Planning Policy (SEPP), which removes a provision that made the significance of a resource “the principal consideration” when deciding which projects to allow.

In turn, this proposed change will reflect a new requirement for law makers to consider the possible environmental, social and economic impacts of any mining development.

This could make things much more difficult for mining giant Rio Tinto’s planned colliery expansion of its Mount Thorley Warkworth coal mine, which is still awaiting final clearance. Its proposal is expected to extend the life of the mine by 21 years, and would include making an open cut super pit near the village of Bulga.

The Planning Assessment Commission (PAC) will need to consider the new proposal for projects currently being reviewed, such as this one.

The Land and Environment Court already overturned an earlier approval for Rio’s Warkworth mine back in April 2013, due to its impact on the environment and local community after a legal challenge by the Bulga-Milbrodale Progress Association. According to chief judge of the Land and Environment Court Justice Brian Preston, this was based upon “the significant, diverse biological adversity, noise and dust and social impacts of the project.”

RELATED TOPIC: Impact of Rio Tinto putting its aluminium assets up for sale

Rio Tinto then lost an appeal a year later in the Supreme Court, before going to the government in an attempt to have the SEPP changed. However, Rio Tinto Australia managing director Chris Salisbury insists the company has already made major changes to its plans to become more environmental friendly.

“Regardless of these [proposed rule] changes, we believe there is a clear and compelling case to allow mining to continue at Mount Thorley Warkworth,” said Salisbury. “An approval will allow this mine to continue providing jobs for 1300 people and spending hundreds of millions of dollars each year with other businesses across NSW.”

But aside from Warkworth, the future of other mining projects could also face greater resistance down the line, including the planned Centennial Coal underground coal mines for its Mandalong and Springvale expansions.

NSW is already known as the toughest Aussie state to get mining approval, mostly because it outsources the process to an independent commission. But the mining industry believes this is all a political move that will cause a loss of jobs and uncertainty throughout mining communities in the area.  ​