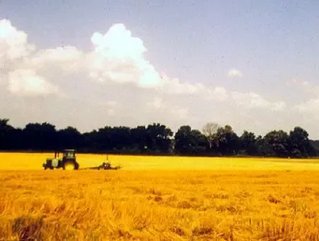 The agricultural sector in Australia is facing a knowledge drought as half of farmers plan to retire during the next decade without a succession plan or exit strategy, according to the KPMG submission to Australia in the Asian Century White Paper.  This exodus is accompanied with the necessity of Asian workers filling the void, The Herald Sun reported.

"There is a considerable risk that there will be a lack of experienced farmers to train younger farmers who will be critical to driving productivity improvements and adapting to challenges such as climate change, increased competition and an increase on focus on the environmental impacts of farming,'' the report says.

56 was the average age of Australian farmers in 2011, with a number of these farmers needing to increase their retirement finds.  This creates the possibility of corporate investors, and mining and resources companies to buy farms that might end up listed on the international property market.

In 2008, this sector demanded 407,000 workers, which is 116,000 above supply. Agriculture is estimated to generate more than 32,000 new jobs annually, according to the Productivity Commission.

"In the long term, agricultural skills gaps will inevitably lead to the need to source labour from overseas migration,'' according to the report. “Asia will be an important contributor to bridging the skills gap, and Australia will need to develop immigration policies with Asian countries to bridge this shortage.''

Australia’s ability to produce food could be threatened if this demographic change occurred, and capitalize on the opportunities with the Asian market, according to the report.

The Federal Government  recognized "the challenges presented by an ageing farming workforce'' and is working with the industry, the National Farmers Federation and education providers, said Sid Sidebottom, Parliamentary Secretary for Agriculture, Fisheries and Forestry.

"Attracting young people to choose careers in agriculture is a real challenge,'' he said.

It is also financially investing into skills development in areas like agriculture.