The impact of South32 and Anglo American's manganese mine expansion 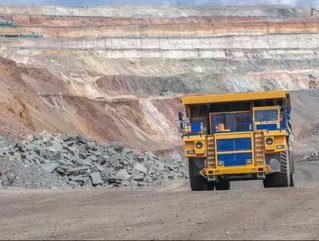 In an attempt to expand its profitable manganese mine, South32 Ltd has come to terms in principal with traditional indigenous land owners at Groote Eylandt.

Expansion plans for the site located in the Gulf of Carpentaria has not yet received required government approval, but the plan is believed to be able to expand the scale and extend its lifespan.

A joint venture between South32 and Anglo American, Groote Eylandt’s GEMCO mine was given consent by the Anindilyakwa Land Council (ALC), which may secure future royalties.

Nigel Scullion, Australia’s indigenous affairs minister, must approve any formal deal between South32 and traditional land owners. However, he has said in a statement that he welcomes the progress made between the two sides in negotiations.

RELATED TOPIC: Why Anglo American sold its Dartbrook coal mine to APC

GEMCO is one of the largest and lowest-cost manganese ore producers in the world. Its features include high-grade ore, open-cut mining operations, its own port facilities located at Milner Bay only 16km from mining operations, as well as a close proximity to Asian export markets.

GEMCO focuses its community development in alignment with the ALC’s 15-year strategic plan, and funds large development projects which are driven by community leadership, and integrated with similar government and land council projects to increase effectiveness.