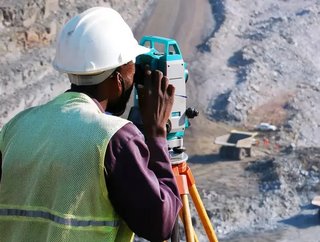 Following lots of talk about net-zero initiatives, we look at how mining firms are tackling other sustainability issues within local communities

The term Corporate Social Responsibility (CSR) was coined almost 70 years ago, by an American economist named Howard Bowen. CSR is associated with businesses and their self-regulation of ethical, social and environmental practices. The phrase is now commonplace among large organisations and pretty much encompasses all areas of sustainability.

It just so happens that mining organisations are in prime positions to provoke changes in their local communities. Whether it involves funding for those that are affected by mining operations or encouraging employment of local people. With ESG now in the spotlight, what are mining organisations doing to develop the societies around them?

Firms that operate in countries like Australia—with an Aboriginal and Torres population estimated at around 798,400 people—are surrounded by willing workers that can benefit from becoming part of an organisation. Rio Tinto is one of the largest employers of Indigenous people with more than 1,450 Indigenous men and women in the workforce across its Australian mining operations.

BHP also operates in the area and has a different approach to supporting its locality. Instead of directly employing indigenous individuals, the company signed a three-year agreement earlier this year for the supply of coffee machines and refills from Australian Indigenous Coffee (AiC). The company maintains the supply of coffee for BHP’s mining operations in the Pilbara region. AiC continuously supports indigenous people with donations to the community through its Aboriginal Futures Programmes.

In 2021, AiC also contributed in other ways:

In an effort to promote inclusivity, Ezekiel Kwaymullina, Chief Executive Officer at AiC believes these initiatives go a long way. ‘We see funding our storytellers and targeting literacy as a key piece of that puzzle. I am a great example of that in action. When I was thirteen, I couldn’t read or write, and I dropped out of school in year 8. Now I’m an award-winning Aboriginal author, with my books published in Australia, the USA, UK, Russia, Spain, France, Taiwan and China. I own my own business and I’m able to help other Aboriginal people through my Aboriginal Futures program. But none of that would have been possible if I didn’t get help and support as a teenager. I was empowered. My voice was empowered. Now it’s my turn to give back to my community’, says Kwaymullina.