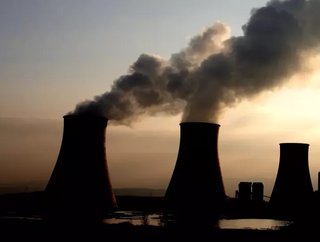 In the wake of the COP26 climate summit and race to reduce carbon emissions, Business Chief lists its Top 10 coal consuming countries in APAC

In the wake of the COP26 climate summit and race to reduce carbon emissions, much was made of countries signing up – or not – to stop burning coal as a source of power. Business Chief lists its Top 10 Coal Consuming Countries in the Asia Pacific.

China burns more coal than all the other countries on the planet combined, and almost 5 times as much as India which takes second place globally. Little wonder therefore that China is reluctant to commit to moving away from this fossil fuel in the near future. Interestingly, when you consider China’s coal consumption per capita, then its huge population means it actually burns less coal per person than Germany and several entries on this APAC list (including South Korea and the largest global per capita consumer, Australia).

India, China and the United States make up the three largest consumers of coal and their signatures were all notably absent from any agreements to stop burning coal at COP26. Again, the figures may be distorted by India’s large population, but per capita, they burn less than any country in the Top 10 globally. Although PM Modi made a net-zero pledge by 2070, expect coal production and consumption to ramp up in the next few decades as India attempts to become more self-reliant and lift millions out of poverty.

Fund new coal power plants and will phase out old plants in an attempt to cut greenhouse gas emissions by 46% by 2030. Japan is relying on new technology, in the forms of hydrogen and carbon capture and storage to meet its goals. Nuclear power production has taken a hit in Japan since Fukushima in 2011 but is still part of its future energy mix.

South Korea’s ministry of environment announced a complete phase-out of coal-fired power stations in the country by 2050. In order to meet 2030 targets, the country will also have to cut its reliance on coal in half, to less than 21.8% (down from 41.9% in 2018). In order to achieve this, renewables will increase significantly – from 6.2% to 30.2%. Like Japan, South Korea is relying heavily on carbon capture to meet these ambitious targets.

Australia burns more coal per capita than any other country on earth, with 5,343 cubic feet per person compared to 3,055 in China, 2,263 in the US, and a mere 729 in India. With no civil nuclear programme and being the world’s second-largest exporter of the black stuff, 54% of Australia’s electricity comes from coal. The government also has ambitions to build more coal power plants.

In the global top 25, only Brazil (132 cubic feet) burns less coal per capita than Indonesia (392 cubic feet), yet it still accounts for 1.2% of global consumption. This is in part down to Indonesia uses around a quarter of the coal it produces to fuel 65% of its domestic needs, with the rest heading to exports. The finance minister has said the country could phase out the use of coal by 2040 – with financial help.

Taiwan has struggled to keep pace with increasing pressure on demand for manufacturing, including semiconductors, and despite trying to move to other power sources, it has struggled – for instance, the recent drought meant lower hydro output. This shortfall has heightened the need for reliable power, and that currently means coal.

Vietnam is one of the new nations that signed up to the Powering Past Coal Alliance (PPCA) at COP26 and it is significant in that it is one of the developing nations that had ambitions to build more coal-fired power stations. Last year, coal accounted for 43% of Vietnam’s electricity generation, and a recent GlobalData report estimated power consumption will rocket by 70% by 2030 – leaving a significant gap to be filled.

Back in July, Thailand’s state-owned Electricity Generating Authority announced it was not moving ahead with two new coal-fired power plants and would instead opt for gas. Since then, global gas prices have increased significantly, so it will be interesting to see if their resolve is tested.

Malaysia is burning more coal now than it did 20 years ago. This is not a unique story, as developing nations ‘catch up’ with developed nations that have been burning coal for power for more than a century.