Impact of Rio Tinto putting its aluminium assets up for sale 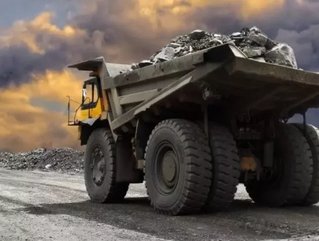 As our sister publication Mining Global also recently wrote, mining giant Rio Tinto is making a push to sell its unwanted aluminium assets in a potential $1 billion dollar deal, as the company continues to change the outlook of the commodities downfall. It has turned to Credit Suisse in an attempt to find a buyer for its Australian and New Zealand Pacific Aluminium business.

This wouldn't be an unexpected decision, as other mining groups have also started cutting back its non-core assets. As Business Review Australia wrote on Monday, fellow mining behemoth BHP Billiton has begun its plan to cut spending and operating costs following the company’s demerger of South 32.

Rio Tinto has attempted to sell Pacific Aluminium (or PacAl) in previous years, but stopped in 2013 when there was very little interest in the industry. But since a rebound in the aluminium market has helped earnings and potential value, Rio reversed a $1 billion accounting impairment of the value of the operations.

The company earns most of its revenue from its iron ore division, but helped its aluminium business when it purchased the Canadian aluminium group Alcan for $38 billion back in 2007. However, the deal led to financial problems as the aluminium market fell to the low-cost Chinese supply. It also nearly sent Rio Tinto to bankruptcy and led the dismissal of its previous executive Tom Albanese.

But since 2009, Rio has withdrawn a quarter of its aluminium capacity out of the market. Meanwhile, the Gove alumina refinery, which was once part of the PacAl business, was closed in 2013. PacAl’s yearly revenue prior to interest, tax, depreciation and amortization increased from $252 million in 2013 to $524 in 2014.

Rio has held onto its aluminium assets for a few years as aluminium prices and demand for the commodity increased. The company still intends to its aluminium assets with higher costs and focus on low cost machinery used to mine bauxite – which is processed into aluminium. This eventually will help the company reduce depreciation costs, and will ultimately improve its operational profits.

Behind only iron ore, aluminium is the second-largest contributor to Rio Tinto’s earnings. The company’s 2014 earnings report stated that US$12.1 billion or 25 per cent of its total revenue was generated from aluminium last year, as Rio has increased revenue earnings in the aluminium segment. However, its stock price could be affected after the announcement, as analysts polled by Bloomberg estimated a 12-month target price of $48.43 for the stock.