HSBC accelerates shift from west to east with pivot to Asia 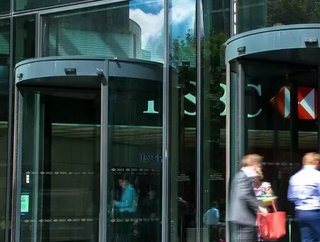 Following plunging profits, HSBC is pivoting towards its most profitable region, Asia, with a focus on wealth management...

HSBC, Britain’s biggest bank, has set its sights on the Asia, doubling down on efforts in what is the banking giant’s most profitable region.

This comes as the banking giant published its Annual Results 2020, reporting a 34% plunge in profits for 2020, and simultaneously set out its future strategy, which focuses on delivering sustainable growth in Asia and strengthening its Middle East operations.

Being marketed by HSBC as a “pivot to Asia”, the bank will be making big investments in the region, where it makes 95% of its profits, investing more than US$6 billion into reinforcing operations across Asia. This will mainly be focused on targeting wealth management, with a particular focus on Southeast Asian countries such as Singapore, China and Hong Kong.

In January, HSBC chairman Mark Tucker told the Asian Financial Forum conference that there were "real opportunities to grow our wealth business and expand across South Asia".

As part of this, HSBC has announced it is moving one of its top executives from London to Hong Kong, with Nuno Matos taking on the role of CEO of Wealth and Personal Banking. There is talk of Greg Guyett and Barry O’Byrne also heading to Hong Kong, as co-head of global banking and markets, and chief executive of global commercial banking, respectively, but this is yet to be confirmed.

Once confirmed, it would mean businesses responsible for 95% of the Bank’s net revenue (2019) would now be run out of Hong Kong.

With Matos heading to Asia, HSBC has appointed Colin Bell as CEO of HSBC Europe and HSBC Bank plc. Colin has been Group Chief Compliance Officer for the past four years and has led the Group Transformation programme since early 2020.

And given the Group’s extensive heritage in the Middle East and its long-term growth potential, HSBC has appointed Stephen Moss as CEO, MENAT.

The announcement of these moves to Asia and the Middle East follows a recent and major executive reshuffle within the Bank, in which CFO Ewen Stevenson has taken control of the Group’s transformation programme.