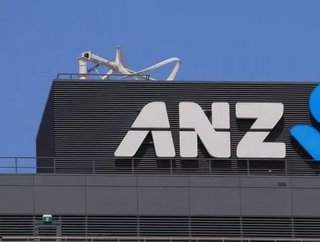 As was reported in our sister site Mining Global, the smallest of the Australia’s “Big Four” banks, ANZ Banking Group, intends to put an end to its funding of new coal-fired power plants by lending at least $10 billion over five years to projects that reduce greenhouse gases.

The five-year commitment will fund a range of low-carbon initiatives such as renewable, low-emissions transport, reforestation and carbon capture and storage (CCS), which the coal industry believes will prolong the viability of fossil fuels.

RELATED TOPIC: Why Aussie miner Atrum Coal has invested in anthracite mine in Canada

ANZ is essentially ending its support of power plants that don’t use new, advanced technology to reduce carbon dioxide emissions in an effort to create a low-carbon economy over the next five years.

Since 2008, the top four Aussie banks have provided over $36 billion to fossil fuel projects in Australia.

Despite being the smallest of the four major Aussie lenders, ANZ faces the most exposure to the fossil-fuel industry. With coal still the leading fuel for global power generation with a share of about 40 per cent of all inputs, ANZ plans to also improve its due diligence processes to lending to coal mining, transportation and power generation.

“We understand some of our stakeholders view our financing of fossil fuel industries as a material risk and in direct conflict with our stated position on the need to reduce greenhouse gas emissions,” said ANZ in a statement.

“Today, around 40 per cent of the world’s electricity comes from coal-fired power stations and coal remains the cheapest source of fuel. We therefore consider that decarbonisation of the economy must be managed responsibly and over time.”

In the past, ANZ has been criticized by climate activists by being Australia’s largest financer of fossil fuel projects, including the controversial Maules Creek mine in NSW as well as Adani Mining’s Carmichael project in Queensland.

However, ANZ announced its commitment to the global target of limiting global warming to 2C above pre-industrial times by reporting its progress on climate and setting targets to reduce its own emissions.

Australia’s other three major banks may end up doing the same to tighten conditions surrounding the country’s coal industry amid more and more requests to reduce carbon emissions from green groups, who cite potential damage to the nation’s climate as well as the Great Barrier Reef.