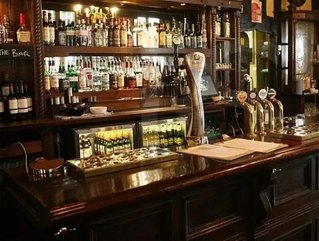 The $1.8 trillion superannuation sector in Australia has made its first big move into pub-ownership. Although SunSuper has $65 million in the Australian Pub fund, ALH Group’s news of the sale of a huge portfolio of freehold properties to Charter Hall Group and superannuation fund HOSTPLUS showed a focus on ownership rather than running pubs. The $603 million portfolio was previously owned by the Woolworths-backed group.

“Woolworths’ and ALH’s preference is to enter into long- term leases over its premises rather than holding property ­assets,” said Woolworths chief executive Grant O’Brien.

The group of establishments makes up a large portion of ALH Group’s 329 pubs and 545 retail liquor outlets throughout Australia. Although Charter Hall and HOSTPLUS now own the portfolio, it is being leased back to the pub operator, run by Bruce Mathieson. Mathieson has a quarter stake in ALH Group, alongside Woolworth’s three-quarter interest.

The retail giant’s strategic agenda for properties has been to leverage its portfolio to maximise shareholder value, and this deal does just that. Woolworths never intended to be a long-term holder of property assets. Instead, the company has made it clear in the past that it would sell property assets when the appropriate market opportunities arose. Recently, Woolworths has sold close to $3 billion in property.

Charter Hall and HOSTPLUS would be willing to conduct more business with ALH Group, should the opportunity arise.

“Should opportunities be presented in ­future we’d certainly be interested in looking at those opportunities again,” HOSTPLUS chief executive David Elia said.