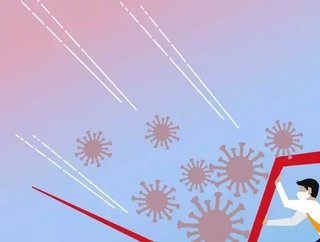 Rehabilitation rectification and reform will shape the future for Asia-Pacific countries post-pandemic according to Deloitte...

The three themes of rehabilitation, rectification and reform look set to shape Asia-Pacific’s economic future in 2021, according to a new report from Deloitte.

These three R’s to recovery following the global pandemic are explored in the paper, Three themes likely to drive 2021 outlook: Rehabilitation, rectification, and reform, which suggests the near-term outlook for APAC countries is “modestly good”.

Rehabilitation is cited as the first step for APAC economics to set off on a more normal economic track. Deloitte reports that governments and corporations will aim to resume normal operations throughout next year.

“We expect some, if not a majority of, governments to maintain expansionary fiscal conditions. Other means of mitigating risks, such as moratoria on loan repayments, other regulatory forbearance, and government guarantees on loans, will likely continue,” comment Deloitte.

Another factor highlighted in the report is governments’ ability to manage the pandemic and their capacity to test, isolate, and treat patients on a massive scale. “Economies with reliable health care capacity and widespread community cooperation may show faster economic recovery than others.”

Deloitte predicts that countries with a large domestic demand, such as China and India, may be able to weather the storm should external demand remain patchy.

The second step is identified as rectification throughout APAC countries in a bid to build resilience against future shocks.

Deloitte report that health care systems will be a top priority and governments will have to focus on these three points:

Other priorities highlighted in the paper include management of debt within each territory, infrastructure spending and improvement of business ecosystems to attract domestic and foreign investors.

“Consumer debt remains high in South Korea, Thailand, and Malaysia, where central banks will renew efforts to contain growth once the crisis is over,” Deloitte.

Apart from the pandemic, policymakers in Asia-Pacific have had to contend with a series of challenges to their economic development models, says the report. “The pace of globalisation has slowed with the rise of protectionism and US China trade tensions. New technologies are disrupting whole industries, and some may alter the value of competitive advantages that developing economies enjoy.

Deloitte suggests that several countries could introduce more fundamental reforms directed at producing a new model for economic management and development to adapt to the substantial changes.

“Not just the big economies, the smaller ones too are looking at ways to adapt to a new and possibly more challenging environment,” says Deloitte who predict Asia-Pacific economies will benefit from these three-steps to recovery.

“These factors will also prepare the region for game-changing innovations and disruptive new technologies that are rapidly approaching take off,” conclude Deloitte.