Opinion: Are you ready for a wealth tax? 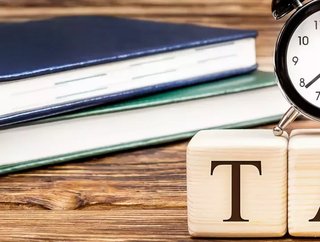 With wealth taxes back on the cards worldwide, Eryk Lee, CEO of AAM Advisory in Singapore outlines what a Singapore wealth tax could look like

Wealth taxes – a levy charged on the total value of someone’s wealth – have fallen out of favour over the last 20 years with only three OECD countries choosing to levy a recurring tax on wealth, down from 12 in 1990. Almost overnight, however, wealth taxes are back on the cards worldwide, as governments grapple with rebalancing the books post-pandemic.

As the world turns its attention to paying for the pandemic, there has been a steady chorus of calls – most notably in the US and the UK, and recently from the International Monetary Fund – to introduce a new tax on the value of someone’s wealth. Singapore is not immune, and it is likely we will see a review of Singapore’s wealth taxes in the future.

After Coronavirus, anything and everything must be on the table and up for consideration by the government to fill the fiscal hole left by the pandemic. We have never experienced a crisis quite like this, and the government must quite rightfully have a serious conversation about what needs to be done next to help balance the books post-pandemic.

The truth is that Singapore, like most of the world, has an ageing population that will require more and more tax revenue to pay for an ever-increasing cost of care. It sounds logical for a wealth tax to fill that revenue requirement, but there is one big issue with such a tax: it is complicated, very complicated.

The government would have to track down and accurately value all kinds of assets considered to be ‘wealth’, from fine art to Ferraris and everything in between. And for this they will need a vast, and expensive, administrative army.

Then there’s a question of implementation. Do you go for a one-off tax or an ongoing tax? Do you focus the tax on the mass affluent or just the ultra-high net worth? What assets are you going to include as wealth? What rate will you set the tax at? Will there be any exemptions?

Then there is the most important question of all: how do you avoid killing the goose that lays the golden egg by spurring people to up sticks and leave to avoid paying the levy? This is a particularly acute problem for Singapore given our competitive advantage largely rests on an attractive low tax regime.

While the jury is still out on whether Singapore will go down the route of introducing a new wealth tax, the government may be tempted to instead tweak existing taxes, or introduce new, less controversial, taxes on wealth. A case study in this is the UK, whose government categorically rejected proposals by a wealth tax commission to introduce a one-off wealth tax, but that didn’t stop them tweaking pre-existing taxes on wealth, including capital gains tax and inheritance tax at the Budget in March.

If the UK is anything to go by, we could see all the talk of a new wealth tax in Singapore translate into changes to pre-existing taxes, or the introduction of new, but less severe taxes on wealth including estate duty and capital gains taxes.

As there are clearly more questions than answers at this stage, it would be wise to get your ducks in order and consider how your wealth is structured so that when the time comes for any future tax tweaks, you are prepared and can ensure maximum efficiency.

If implemented, a wealth tax can come in many different forms, which clearly means that any wealth structuring will depend on the actual rules on implementation. But as an example, if a wealth tax comes in the form of capital gains tax upon the sale of an investment, it may be worth considering holding your investments in a tax efficient vehicle such as a Private Placement Life Insurance (PPLI), whereby the liability to tax can be deferred into the future.

Within this vehicle, investments can grow virtually tax-free, until a chargeable event such as death, maturity, early encashment or surrender occurs. As little to no tax is being charged, there will be more investment returns to compound over time. Using a tax-efficient structure and the power of compounding are two of the most important tools in the accumulation and preservation of wealth.

If Singapore goes down the route of estate duties or inheritance tax, we can take guidance from other jurisdictions. For instance, a properly structured Trust or Private Placement Life Insurance can minimise estate taxes, but for certain assets there may be a ‘look through’ so such structures may not be appropriate. In such instances, an insurance policy can provide liquidity to help the beneficiaries pay the tax bill.

It is important to note that the effectiveness of various structures will depend entirely on the tax rules being implemented in Singapore. The key is to have an open mind as there are many possibilities on structuring your wealth to achieve tax efficiencies and efficient succession planning. A financial adviser experienced in such structures can provide this support and can position your finances so that you are prepared for whatever is thrown at you post-pandemic, a wealth tax or otherwise. But speak to different professionals as well, as there is no one solution that works for all, it really depends on your scenario and what you want to achieve.