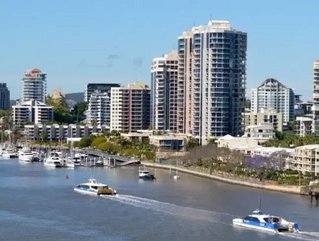 In yet another sign that the Australian mining industry is weakening, China’s investment in Australia has turned to the real estate market, as the Chinese business continue to search for new things to invest in.

For the first time ever, almost half of Chinese investment in Australia is now in real estate. Meanwhile, China’s spending on roads, bridges and other infrastructure has also increased, as private Chinese companies are investing more than state-owned businesses.

The Ausin Group, which has mostly Chinese clients, has a big role in the Australian housing market, and expects to sell between 2,500 and 3,000 new house and land packages or apartments in Sydney, Melbourne and Brisbane, which is up nearly 2,000 from last year. Investors and new immigrants from China bought almost $9 billion of Australian residential property last financial year according to Credit Suisse, which is an increase of nearly 60 per cent from the previous year.

Despite Aussie nationalists’ demonstrations in Sydney recently in a protest of “foreign invasion,” the booming level of Chinese investment has been a remarkable change in Australian real estate, and there’s also no signs of that increase subsiding. Ausin Group has expanded from one office to 11 in China over the past several years, and has a new fund worth between $150-170 million to invest in Australian residential real estate development.

Australia’s mining industry was growing rapidly just a few years ago. As its prosperity has died down, wealthy Chinese enterprises have targeted real estate to invest in. The problem is Australia’s Foreign Investment Review Board has to approve which properties the companies can buy, and the Chinese buyers are inflating prices in Australia’s major cities.

In 2014, China invested $8.3 billion in Australia as the combination of real estate, leisure activities and infrastructure projects made up 79 per cent of new Chinese business, compared to only 11 per cent for mining. Although real estate is clearly the most prominent investment, there is also a growing interest in agriculture with Chinese funding helping the increase in farming productivity.

RELATED TOPIC: Top 10 Tips on How to Build Contacts in China

Doug Ferguson, the head of KPMG Australia’s Asia Business Group, believes this is a good sign for the future. “I think it’s very important for our economy to be able to successfully move the structure away from mining, gas and power into sectors that have more, maybe, enduring long-term benefit to the broader economy,” Ferguson said.

Although China is only the sixth-largest foreign investor in Australia (behind both the United Kingdom and the United States), the Chinese spending is growing the fastest. What this means for the future is anyone’s guess.