China Renaissance aiming to raise up to HK$2.96bn for Hong Kong IPO 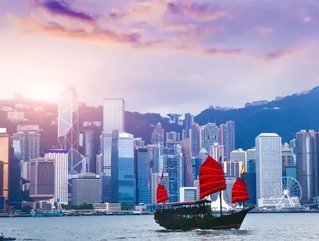 Chinese investment bank China Renaissance is set to issue 85mn shares priced between HK$31.1-$34.8, according to the South China Morning Post
The firm’s IPO is dated for a 27 September launch, and it has secured US$125mn from investors Alipay, Snow Lake Funds, and LGT Group Foundation.
Of these three cornerstone investors, both Alipay and Snow Lake Funds will contribute $50mn each, while LGT Group Foundation will invest $25mn.
The firm has scaled back its IPO ambitions, the China Money Network said, with speculation earlier in the year suggesting that China Renaissance could raise $600mn-$800mn for its IPO.
Those figures have now dropped to $300mn-$400mn, with a target valuation of $2.5bn-$2.8bn.
China Renaissance has advised on myriad high-profile mergers and acquisitions, with SCMP noting among these the merger between Meituan and Dazhong Dianping, the merger between Didi and Kuaidi, and Meituan’s acquisition of Mobike.
In 2016, China Renaissance announced that it had won “Best China Deal” and “Best Equity Deal” in the 2015 FinanceAsia Achievement Awards for its role in Meituan Dianping’s strategic cooperation.
The firm operates with three principal business lines; investment banking, investment management, and onshore securities platform Huajing Securities.
Huajing “has licences to offer underwriting, sales, trading, brokerage, and asset management services on the mainland”, SCMP said.
See more:
Chairman, CEO, and founder of China Renaissance, Bao Fan, said that “Huajing Securities will be a future business focus for us” at the firm’s investor presentation.
SCMP reported that Ashley Li, head of asset management at Ping An Securities, said “China Renaissance is known for its relationships with local entrepreneurs, compared with Western investment banking rivals”.
China Renaissance will be offering around 90% of its shares for international placement.
The firm plans to use earnings from its IPO to finance an expansion of its investment banking and investment management arms, as well as building a private wealth management business and continuing to integrate new technology into its various business lines.
financeMeituanIPOChina Renaissance
Share
Share