China outbound travel sector will be slow to recover 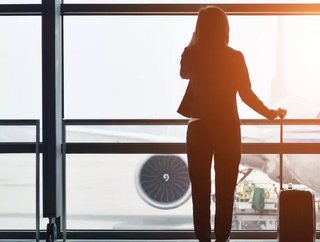 China’s outbound leisure travel industry will not back to pre-pandemic levels until the second quarter of 2023 at best, according to a new study from consulting firm Oliver Wyman.

This is compared to a number of Southeast Asian countries which are expected to see a full recovery at the start of 2023, according to the study which is based on Oliver Wyman’s Pandemic Navigator, an AI enabled tool, and consumer sentiment survey conducted in late March 2021.

“Chinese consumers are looking forward to outbound travel, but border re-openings alone are not enough to convince them to travel again,” says Jacques Penhirin, a partner at Oliver Wyman. “What stands in the way are quarantine requirements. No Chinese leisure travellers are interested in international travel with the current 14 to 28 days quarantine requirements. Having no quarantine is critical for travellers, which is only expected to happen when China and other major countries achieve herd immunity.”

Hong Kong to be first port of call

According to the survey, Hong Kong remains the most desired destination on travellers’ wish lists, with 41% of the 2,000 Chinese mainland travellers surveyed seeing the city as one of their top destinations once the border reopens.

“Hong Kong is a key destination to visit for Chinese travellers, given the city is expected to open its borders without quarantine requirements on both sides much earlier than the rest of the world,” says Imke Wouters, a partner at Oliver Wyman.

“Our study predicts some Southeast Asian countries are going to see a full recovery as early as the beginning of 2023. That gives Hong Kong a short window of opportunity to re-establish its tourism and attract tourists from the mainland, specifically from the fourth quarter of 2021 to the end of 2022.”

Hong Kong’s regional status as a shopping paradise is however being challenged by Hainan Island, China’s rising duty-free shopping hub and one of the most popular leisure destinations, with 40% choosing the island as their top destination even when international travel is available.

Total visitor arrivals in Hainan have already returned to 2019 levels since August 2020, as a result of international travel restrictions and the favourable offshore duty-free policies. And according to Oliver Wyman, the penetration of Hainan’s duty-free market still has huge room to grow. Offering lower travel expenses and better shopping experiences, 70% of consumers surveyed considered Hainan as their long-term shopping mecca, even when international travel can resume.

“Hainan’s opportunity looks sizeable, but its steep discounts pose risks on pricing and profitability for brands,” adds Wouters. “The brands and retailers operating in Hainan need to strike a balance across sales maximization, margin erosion, and more importantly impacts on China’s price perception due to Hainan’s low prices.”

Short-haul travel will be preferential

The study further reveals that short-haul travel is preferred among Chinese travellers, with long-haul destinations such as Europe and the US unlikely to see a full recovery until mid-2023 earliest.

And those who will travel earlier will be the younger generation and the big spenders who are eager to shop. Furthermore, the study reveals that group tours, once so popular with Chinese citizens, are losing their attraction with social distancing one of the concerns of travellers. Nearly 70% of those surveyed said they would prefer making their own travel plans rather than joining group tours, while just 40% were willing to do so pre-pandemic.

This means that an estimated US$200bn consumer spend that’s currently trapped in China is likely to be unleashed once international travel resumes. “Asia is likely to see Chinese tourists first when borders reopen, but the numbers expected will still be far from a full recovery. We anticipate the vaccine rollout to be accelerated to expedite the pace of tourism worldwide,” concludes Penhirin.