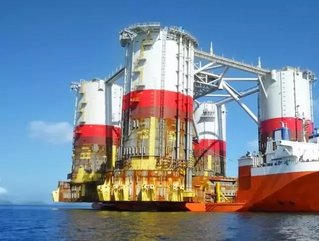 After U.S.-based GE opened a new oil and gas facility in Perth to support the subsea project earlier this year, this new agreement will expand its presence for oil and gas projects in the region. It will also focus on Industrial Internet offerings.

GE is among the world’s largest companies, generating around US$150 billion in revenue annually while employing over 300,000 people. But its commitment to Australia is surprising to some, due to the rapid slide in energy prices and the possible end of construction activity in the country’s liquefied natural gas (LNG) sector.

“Given the current strong headwinds facing the industry, the sector, and the world, it is crying out for innovative solutions to extracting, transporting and processing oil and gas,” said Lorenzo Simonelli, president and CEO of GE Oil & Gas. “The needs are multiple and competing: faster, cheaper, local, predictable, more efficient, less resource intensive. Most oil and gas sector companies are looking for fresh ways to tackle these challenges, and many are turning to technology.”

Several oil and gas companies are turning to new technology in order to solve challenges facing the industry. Because of this, GE will now provide several services to Chevron such as project management, inventory storage, preventative maintenance and obsolescence management.

Other services will include engineering analysis, field services, rental tooling, corrective maintenance, wellheads, as well as spare equipment and training.

The $76.5 billion Gorgon Project, which includes one of the world’s largest subsea gathering systems, is a joint venture between LNG and domestic gas that is supplied by the greater Gorgon area gas fields. It is currently being developed on Borrow Island, and Chevron calls it the largest single-resource development in Australia’s history.

Meanwhile, the Wheatstone Project near WA’s West Pilbara region in Onslow, will be Australia’s first natural gas distribution center. According to Chevron, the project’s initial capacity is believed to be 8.9 million metric tonnes of LNG per year.

Some of the top oil and gas companies around the world have invested nearly $200 billion in Australian LNG plants in recent years.

“We are proud to expand our relationship with Chevron and to provide industrial internet services that will support operational efficiency and productivity,” said regional director for GE Oil Mary Hackett.

Recently, GE also signed a similar but separate service agreement with Santos for an LNG plant on Curtis Island, off the Queensland coast. Under the contract, GE plant managers will receive a notification if a machine is behaving unusually.

In addition, GE Oil & Gas operates a technology and learning complex in Jandakot as well as an oil and gas facility in Broome.

“These agreements also represent GE’s overall commitment to the oil and gas sector within Australia and Western Australia in perceptual the oil and gas facility in Broome, where more than 500 people that work across the GE businesses,” said Hackett.