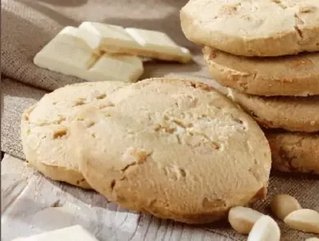 After making a tasty appearance in the Oscar nominees’ goody bags and revealing plans for expansion in the US, the Byron Bay Cookie Company confirmed that it has entered voluntary administration.

In an interview with Food magazine, Ray Cranfield, managing director at Australian Packaging – a supplier of Byron Bay’s – revealed that the cookie company owes them $33,000.

"We've been supplying to Byron Bay Cookie Company for a couple of years and have always had trouble with payments. The CEO Gordon Slater is a high profile orthopaedic surgeon rolling in money and having a good time and featuring in [the media] on a regular basis,” said a notably disgruntled Cranfield.

“I've been dealing with their financial controller over the last two weeks, trying to recover money, and I was promised the money, but the gentleman rang me a little while ago ... and it doesn’t look like we’ll recover any of our funds."

According to Federal Court documents cited by the Daily Telegraph, the company has “fallen behind in its Business Activity Statements payments of pay-as-you-go-tax, GST and fringe benefits tax.”

Their unpaid tax bill hit $1.35 million in November 2012 and continues to accumulate interest.

The first meeting of creditors will be held on March 19 and a hearing with the 23-year-old company is reportedly scheduled for April 12.

According to Director Jacqueline Schurig, “The Board has exhausted all avenues prior to making the decision to appoint Voluntary Administrators. The Board has the support of employees, customers and suppliers and is confident that the business has a future and sees this as an opportunity to restructure its manufacturing division. As such, it is the Board’s intention to propose a Deed of Company Arrangement.”

[Image sourced from Beyond the Bean]