A black hole for Aboriginal advancement 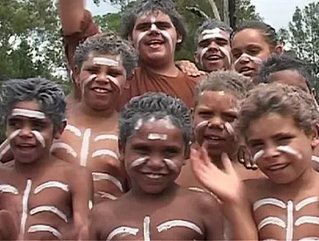 Efforts to organise programs that would help Aboriginal Australians with employment opportunities have accrued millions of dollars to no avail, the Sydney Morning Herald reported today.

In a milestone report commissioned by the Allen Consulting Group, at least $17 million has been spent on programs designed to aid Aboriginal people, but these programs – implemented with “no strategy or framework linking programs to the needs of Aboriginal people” – have failed to attain results, according to the article.

The report blames little monitoring or evaluation of the 14 programs as reasons for failure, and Victor Dominello, the NSW Minister for Aboriginal Affairs, told the paper that these programs appear to have “continued unchecked for more than 10 years.” Prior to the report’s commissioning, Dominello discovered that Wilcannia, an Aboriginal community with a population of 600, offered 57 programs that had yielded little results in the areas of employment, education and health.

The federal government said advancement opportunities for Aboriginals have been “mixed” despite spending $3.5 billion each year on indigenous programs, The Australian reported back in August.

The report – the first independent review commissioned by the NSW state government since 1989 – recommended shifting the focus of these programs to provide steady support to Aboriginals from childhood through adulthood.

''We [want] to have more engagement with the private and non-government sector,'' Dominello told the SMH. ''There has not been enough government leadership on this in the past.''

Dominello added that a team effort between the government and Aboriginal community leaders to resolve these issues has already commenced.