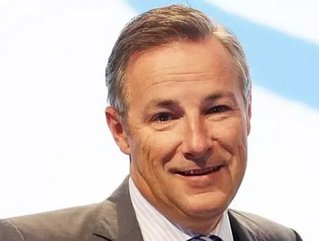 Stuart Grimshaw, the Bank of Queensland’s CEO since 2011, resigned suddenly on Wednesday. Bank of Queenland’s board had less than a day of notice, but have since appointed current chief operational office Jon Sutton as the interim CEO. Sutton previous ran Bankwest, a full-service bank based out of Perth.

Grimshaw is leaving his $2 million a year job with BoQ to become an executive chairman on the payday lender EZCorp, based out of the United States. He will be relocating to Austin, Texas for the position. In a statement following his announcement, Grimshaw stated that his new job is a “fantastic opportunity.”

The former New Zealand Olympic hockey player turned banking veteran had only been the CEO of the bank since 2011, when he joined after a short stint with SunCorp. The bank experienced a sharp loss of $17 million in 2012, but Grimshaw led the bank to a turnaround shortly thereafter. He has the potential to leave BoQ with around $4 million in bonus stock. He has 400,000 long-term bonuses that can convert to shares if the banks hit certain targets.

The suddenness of Grimshaw’s announcement has sparked scepticism in the market that there were ulterior motives to his resignation. The Bank of Queensland’s chairman Roger Davis has denied such a claim.

Davis has also stated that the bank is currently on track to earn $298 million in cash, which he confirmed was in line with analyst forecasts. He has spoken to the rest of the executive team since Grimshaw’s announcement, and has shared that the team has reasserted their commitment to the bank, and that it was business as usual.

Although BoQ was quick to name Sutton as the interim CEO, a search is currently underway for a more permanent option. They won’t be making a decision before Grimshaw leaves, as his last day will be in September. This is far sooner than the six-month notice required in his contract. However, a BoQ spokesperson shared that the board decided to release Grimshaw early “given their confidence in the management team and its ability to continue to deliver against the strategy.”

Information sourced from The Courier Mail.