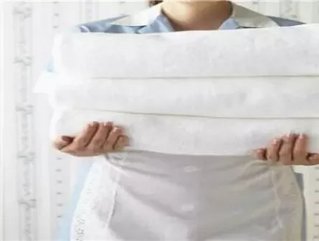 Australia's dependency on China has grown exponentially in recent years, and the co-dependent relationship is bound to intensify as the Australian Government is set to employ thousands of migrant workers-- a great majority Chinese-- within the next few years. According to a recent article in The Daily Telegraph, things are changing for the “Lucky Country,” and a boom in specific sectors has opened up employment vacancies that domestic citizens simply do not want to fill. In effect, the Federal Government has expressed interest in "importing" some 90,000 foreign workers by 2015 to fill gaps in the hospitality and tourism industry.

The service industry in Australia has struggled to fill the majority of their positions with natural-born citizens, and so the country has already seen a trend of employing illegal, under the table workers in the often low-paying jobs. Thus the Government’s decision to bring in outside workers to fill service jobs, in many ways just legitimises what is already happening under the legal radar. The plan would allow employers to employ foreign workers for up to three years under the 457 visa program, which has already seen great success in the mining sector.

So what are the jobs Aussies deem too demeaning to perform? Everything from janitorial work, waiting tables and driving taxis has officially turned off the Australian citizenry, who see the work as demoralising and menial. Also, it comes down to banking on bills, or more specifically the lack of bills associated with tedious work, as blue collar work simply does not yield enough cash to motive Australians into service.

Some critics find the importing of migrant workers to Australia ludicrous, as it indicates a massive shift in work ethic amongst Australia’s working class. However, the truth is Australia’s generous welfare system simply does not motivate Australians to do degrading work —for ultimately equal, or less pay— than they would receive on the Dole. Government living stipends ultimately secure a superior lifestyle to Australians than a job washing cars could ever do, and to most Aussies no job is more socially acceptable than a labour job.

Ultimately, recent generations of Australians have been born into a privileged and stimulating society, where the majority of people can secure jobs that are as interesting as they are fiscally rewarding. And when choosing between the lesser of two goods, (a high paying job, or government issued financial stability,) tedious low-paying jobs are simply not an attractive option.

So go ahead: call them lazy, call them spoiled, but just don’t call an Australian to wash your car.