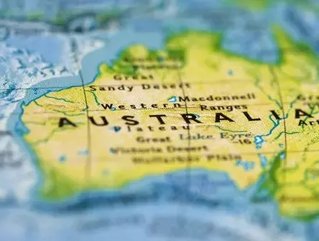 Businesses in different regions of Australia are seeing some good times these days. While some markets are having their struggles, others are cashing in as opportunities present themselves.

If you’re running or planning on starting a business Down Under,  the following cities are ones you should consider, albeit because business is booming >>>

The first is Sydney, which of course is one of the most well-known cities in Australia.

Sydney has been on several top 10 lists, including the Top 10 Most Livable Cities in the world, by The Economist magazine. Nearly one quarter of business in Australia is done out of Sydney.

There is a stable market in Sydney, offering business opportunities to many different industries. Tourism is huge in Sydney, due to spots like the Royal Botanical Gardens and Harbour Bridge. They are also the largest city in Australia and the headquarters for most financial institutions in Australia.

The second largest city in Australia is Melbourne, so it is no surprise that this is second on the list for booming business.

Melbourne is known as the cultural city of Australia, with tourism, education, commerce and arts being at the center of it. This also means business is constantly on the rise in Melbourne.

Many corporations overseas have invested in the major industries in Melbourne, further enhancing the opportunities available there. It is also on the list of the most livable cities in the world. Lastly, Australia’s automotive industry is focused in Melbourne.

The main reason for booming business in Perth is the mining industry.

Mining is considered the main industry in Perth because it is far from most major cities in Australia. Perth is also known as the center of government and business for the entire country. It is the fourth largest city with an exceptional business and economic growth rate, compared to averages nationally.

Many British-born residents reside in Perth, along with South African and Chinese-born immigrants. This adds to the overall culture of the city. The only industry that doesn’t always find itself doing as well in Perth is manufacturing, since it is so far from major cities in Australia.

Adelaide has a small town feel, drawing in tourists and enhancing the tourism industry in Australia.

Adelaide is on the coast of Australia, with rich culture, arts and a charming feel. Industries like automotive, manufacturing and technology all do very well in Adelaide.

Located on the coast of Southern Australia, Adelaide also does well with International business and holds a variety of the country’s research and defense technology industries. Adelaide continues to be the coastal hub for oversea investments in Australian business.

These are the top four cities for business in Australia, though a variety of cities do well financially in the country.

Others include Brisbane, Newcastle, Canberra, Launceston, Gold Coast and Townsville. Each of these cities have booming business, especially in comparison with the rest of the world.

Whether you’re in the automotive, manufacturing, tourism or other industry, you will find potential in Australia.