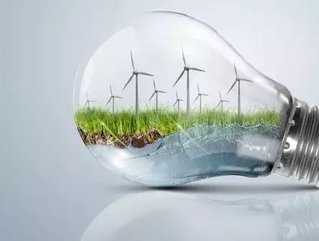 Read This Article In Our Digital Magazine

Many people believe that Australia will never have 100 percent renewable energy. I believe that simply isn’t true. In my opinion we could reach this milestone as early as 2030. The real questions we need to be asking are: What needs to change for this to happen? And would the Australian energy market remain competitive?

So What’s Holding Us Back?

Several obstacles stand in the way of Australia moving to 100 percent renewable energy. First, it’s very difficult to switch coal or nuclear energy on and off as demand fluctuates. That is, it’s very difficult to provide energy in an on-demand way. They’re an all or nothing option. Warming a generator up or shutting it down can take several hours so they run 24/7. With no way to ‘store’ the excess energy, generators need to offload it. Office blocks are lit up at night to use up this ‘excess.’ They receive incentives to do this; therefore, this is not a very efficient model. As little as 30 percent of the energy produced actually makes it to customers.

Secondly, you need to be able to store energy. This ensures you can meet demand at any time. The ability to ‘store’ energy is the key to moving towards renewable energy sources. Of course, some forms of renewable energy are more efficient than others, requiring less storage capability. For example, pumped hydro has almost 90 percent efficiency, but only works under specific conditions. New energy storage solutions are under development, including batteries, compressed air and surplus dam storage. Storage sources are also appearing in unusual and unexpected places. Electric cars are a good example: as more are added to the national vehicle tally, it’s entirely feasible that car owners could store surplus energy and supply it back to the grid. The same car could become a net supplier using solar panels whilst stationery in a car park.

In the next few years storage technologies will make it economically viable for companies and consumers to seriously consider self-generated power (often called tri or co-generation). Some may ultimately go off the grid entirely. A few pioneers are already investing in bi and tri-generation solutions. These solutions can achieve efficiency of up to 80 percent (compared to only 30 percent for grid electricity.) With such high efficiency it is often possible to sell surplus electricity back to the grid. Each sale saves the generator money. Storage technology is only one consideration. The adoption of renewable technology on a commercial scale is also required.

Which Technologies Could We Use?

Australia is blessed with lots of sunshine and plenty of land. It’s no surprise that solar’s popularity is growing. Solar would seem the perfect solution.

Solar panels are appearing with increasing frequency on corporate and residential buildings. The payback period on solar panels is short (normally 3 – 4 years). However, the current grid wasn’t designed with solar energy in mind. Solar energy generated by a myriad of small suppliers can quickly oversupply the grid.  Voltage spikes can lead to outages. People will only be happy moving to renewable sources if they are as reliable as the current system.

In essence, we are trying to provide a 21st century solution on a 19th century grid. A more intelligent network is needed – one that recognises and rectifies outages quickly. Getting us to this point will require a considerable amount of investment. Until grid operators are incentivised to build a smart grid, it’s unlikely to happen.

Renewable energy from wind-based sources is also a good option for Australia. In 2012, China installed 16GW of wind capacity (or one-third of Australia’s total capacity). With a land mass of our colossal size, it’s not surprising to find China now building wind farms in Australia. Wind is certainly the most cost effective renewable energy on the market at present.

Finally, solar thermal (concentrated sunlight) systems are also currently being explored. A recent pilot scheme built by the CSIRO in Newcastle has a field of mirrors reflecting sunlight onto a tower to produce steam for electricity generation and storage for 24/7 supply. It proved very successful. To date, the inhibiting factor has been cost. However, a sustained research and development investment in this technology would swiftly improve its competiveness.

Experts already estimate that this type of energy solution could deliver energy at a cost as low as 11 cents per kilowatt hour. When you compare that to current grid prices of around 34cents, both the environmental benefits and cost savings become clear.

What Can Be Done To Move Renewables Forward?

There needs to be a fundamental change in the subsidy and grant system as a whole. It seems irrational to wind back renewable energy subsidies while fossil fuel continues to enjoy huge government subsidies such as tax concessions and the diesel fuel rebate. The Cutler report touched on the extensive use of research and development funding by the mining industry for projects with little real innovation.

Removing fossil fuel incentives would set the price of electricity at its true rate. Naturally, consumers don’t want price increases. Critics are quick to note we are already more expensive than Japan, the EU, US and Canada.  However, the removal of price distortions would allow renewable energy to compete in a fair and equal marketplace. The introduction of a carbon levy goes some way to rectifying this situation.  Without this we are essentially further subsidising fossil fuels.

Despite the incentives captured by fossil energy suppliers, it is already cheaper to install new wind energy plants in Australia than new coal or gas. By 2020, even old coal will be more expensive than wind, with solar not far behind.

If the regulatory and tax environment that favours fossil energy change, and technological and storage advancements continue, there is no reason that Australia cannot start to progress towards 100 percent renewable energy sources.