Aussie banks such as Westpac are drawing Warren Buffett's attention 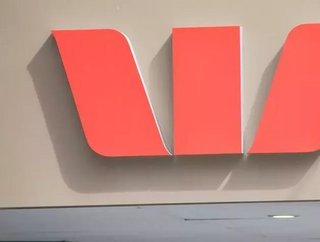 Business mogul Warren Buffett is committed to expanding business in Australia for the long-term.

As Business Review Australia previously wrote, the American entrepreneur recently claimed an ownership stake in Insurance Australia Group (IAG). Buffett claimed a 3.7 per cent ownership stake along with 20 per cent of IAG’s gross written premiums over the next 10 years in exchange for US$500 million.

Now Buffett has turned his interest to Australian banking.

“Banking is something I have looked at,” Buffett said. “I am comfortable with banks. We have some big positions in U.S. banks. In looking at banks, I would say there is a good chance that five years from now, we will have bought one or more positions in Australian banks.”

Over the past year, Aussie banks have underperformed compared to their international peers. Some reasons for this include a weaker Australian dollar, investor concerns over higher capital requirements instituted by the nation’s banking regulator as well as continued fear of a weakening housing market.

Westpac Bank (WBK) is an especially attractive asset for global investors with a market capitalisation of US$79 billion. Although the stock has been down over the past year, there is potential for it to double during the next several years.

Australia’s economic growth will be higher than many anticipate in coming years. Some reasons for this are a high population growth rate, one of the world’s lowest debt-to-GDP ratios as well as a new infrastructure construction projects in the Asia-Pacific region.

The Aussie population growth rate of 1.7 per cent is more than twice of the United States, and over six times more of European countries. Most of this is due to the country’s strong immigration program, which grants visas and citizenship to highly skilled workers. Also, unlike those in the U.S., Aussie banks have begun severe underwriting standards in recent years.

Buffett’s other interests in Australia include his BYD Auto company, which began selling energy storage units in Germany. His Berkshire Hathaway empire is a shareholder of the Shenzhen, China-based company, and joins rivals such as Tesla, Panasonic and LG Chem in Australia, and has sold over 100 storage systems in the country.

The American billionaire is also impacting the structure of the Aussie economy, as treasurer Joe Hockey recently said he’s considering Labor’s proposal of the “Buffett Rule,” which will set a minimum tax rate of 35 cents on the dollar for anyone earning over $300,000.

It appears the Buffett era in Australia is set to take off.