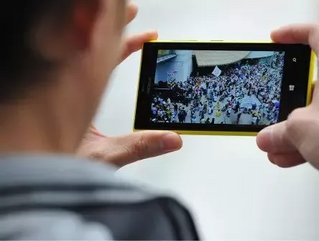 Read this article in the November issue of Business Review Australia

In news that echoed a trend in the technology community, Instagram announced via an October 2nd blog post that the company would slowly start to debut advertisements on the feeds of their users. The following week was filled with news headlines discussing a general sense of disappointment from the online community. After all, the photo app tech giant had gained more than 150 million users in their three years of existence, thanks in large part to providing such a strong user experience.

People in every corner of the world use Instagram daily to view and share photos with their friends, family, and favorite celebrities. They are able to choose who they follow and have the option to unfollow users who present lackluster content.  That being said, the idea of businesses invading their feeds was sure to ruffle a few feathers. But, will it make a difference? Will people decide to spend their time on other apps instead?

In the brief history of advertising among the tech giants, it’s been pretty clear that advertisements integrated properly are very unlikely to cause a dip in the number of users who interact with an app on a daily basis. Twitter is the best example of this. There was a lot of speculation that rolling out sponsored tweets would anger the public to the point that people would shut their accounts down. However, this hasn’t been the case due to the fact that sponsored tweets are targeted and can easily be scrolled past by users on their phones or tablet devices.

When Instagram crafted the blog post announcing the future debut of advertisements, they were well aware that a good portion of their audience would respond with some friction. Trying to ease some of that tension, they stated, “We'll focus on delivering a small number of beautiful, high-quality photos and videos from a handful of brands that are already great members of the Instagram community.”

The success of this integration will go a long way towards projecting the long-term success of mobile advertisements through Instagram. However, the ability to quickly scroll past these images should negate much of the speculated blowback. It also helps that Facebook and Twitter have set precedence throughout the tech community for the need of advertising. Instagram is a business and after three years of building their brand, they needed to start generating some revenue. When Facebook purchased the company for $700 million in stock last year, the countdown to advertisements being rolled out was officially on.

Tech users should expect some hiccups when it comes to the advertisements that are placed on their feeds in the weeks and months to come. Growing pains are quite normal when advertisements are rolled out, but these pains shouldn’t stop advertisers from taking advantage of all that Instagram has to offer.  In fact, having an active Instagram account is already one of the best ways to connect with one of the largest growing groups in the tech community – mobile users. The ability to connect in real time with people on the move provides an incredible opportunity to increase brand relevancy. Running unique advertisements through Instagram is just yet another way businesses can turn social media marketing into dollar signs.

Ken Wisnefski is the founder and CEO of WebiMax, a leading social media and Internet marketing company. WebiMax was named to the 2012 and 2013 Inc. 500 lists, and was also selected as one of America’s Most Promising Companies (2011) by Forbes Magazine (No. 30 overall).