Are Australian banks in the middle of a price war? 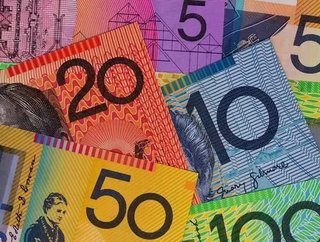 The phenomenon of banks maintaining artificially high levels of deposit rates is nothing new.  After the global financial crisis European banks were locked in a heated battle for retail deposits, the lifeline of banking and the funding base to back loans. Some Spanish and Italian banks waged an aggressive “deposit war”, enticing customers with high savings rate offers as much as 5.5 percent interest rate for 12 months. It was a self-destructive strategy that eroded margins, destroyed profits and drove up bank costs.

Is this same scenario likely to happen in Australia and New Zealand?

Basel III has had a significant impact on the strategies for funding in both regions. Under Basel III, the deposits business ceases to be solely a volume and margin game. The fight for deposits is the fight for sticky retail deposits that will improve stability, reduce outflow factors, and provide the capacity for banks to service the growing demand for credit. A growing home lending market with increasing property values and loan demand, also means that Australian and New Zealand banks need to proportionally grow their funding base to support current and future demand.

However, Australia and New Zealand banks have a high proportion of institutional and wholesale funds on their balance sheets. In order to improve stability, increase liquidity coverage, and reduce reliance on wholesale funding, the banks in both countries are now seeking to improve their base of retail deposits. These deposits provide better stability and liquidity coverage and hence a “war for deposits” has started in both markets.

As the trend continues, the outlook for 2017 is likely to see reductions in Official Cash Rates in both regions, but flat or even higher deposit rates. The differential between liquid cash deposits and fixed term deposits is likely to widen, encouraging customers to lock in deposits and support banks’ demand for stickier funds.

Without a scientific approach to this conundrum, there is a danger that the market will “overprice” deposits, solely reacting to market factors. This will potentially cause the same issues of margin erosion and escalating costs that we have seen in Europe and North America.

Banks in both regions want to improve their capability to use consumer behavioural data, transactional data, market data, and competitor data to design a strategy for deposits and determine the optimum approach to both deposits retention and acquisition.

Banks in both regions are now looking at ways to optimise deposit portfolios to balance the competing demands of margin, customer expectations, volume, and stability. This is not an easy conundrum to solve, but the use of new technologies including data analytics is a necessity for solving it.

Damian Young is the managing director of Nomis Solutions, Australia