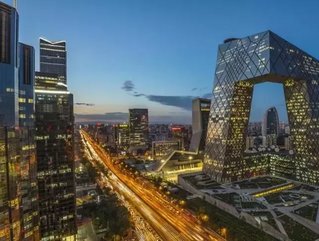 Tencent Holdings, the largest video games publisher by revenue in the world, is due to introduce stricter ID controls for its Honour of Kings game
The move comes in response to calls from the Chinese government to address growing numbers of children with eyesight issues in China.
“Myopia among students is more common and is affecting children at younger ages”, the South China Morning Post said.
In a first for the video game industry, the new ID process will cross-reference user identities with data from the public security authority and subsequently add any confirmed minors to its anti-addiction system.
Regarding the new measures, Tencent said: “Tencent has always attached great significance to the issue of healthy access to the internet for minors”.
“We have responded actively to the call of our country, and proactively developed a number of initiatives [to remedy the situation]”.
See More:
SCMP added that the Chinese government has introduced a new gaming regulator in the General Administration of Press and Publications (GAPP).
GAPP will “implement controls on the total number of online video games, control the number of new video games operated online, explore an age-appropriate reminder system in line with China’s national conditions, and take measures to limit the amount of time minors [spend playing video games]”.
The changes mean that all video games, paid or otherwise, must obtain a licence in order to be published in China.
As authorities have not approved any new video games for publication since March this year, the Chinese video game industry has seen its slowest first-half growth in over a decade according to research company CNG.
HealthTencentHonour of KingsVideo games
Share
Share