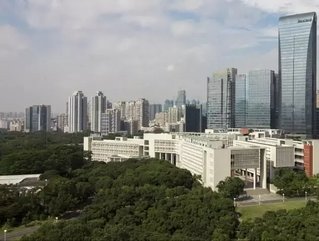 China is the only challenger to the US for the tech unicorn crown. That fact alone demonstrates the extent to which the country has become a technological powerhouse with a thriving scene setting it up well for future success.

The most active investor in the region is Chinese technology conglomerate Tencent. Its investments have come across a broad range of regions and industries, with its most identifiable strategy being diversification. The company has backed Western winners including Tesla and Spotify, but also up-and-comers such as Indian food delivery app Swiggy. It’s an approach that has reaped rewards for the bottom line. In Q2 of this year profits quarterly profits increased by a third year-on-year, topping some $4bn.

While Tencent is a frequent investor on the world stage, it’s also not shy of putting money into compatriots. One of the company’s most successful bets was on Transportation company DiDi, which was founded by an alumnus of rival ecommerce giant Alibaba, Cheng Wei. Tencent injected some $15mn in 2012 and the organisation has since gone from strength to strength, buying out Uber’s Chinese business in the process.

The cream of the unicorn crop, and one of the most valuable startups in the world, is ByteDance, which clocked in with a valuation of over $75bn last year. While ByteDance might not be a household name, it's TikTok short video app certainly is in the west, while in China Douyin (TikTok’s cousin) and the company’s news platform Toutiao are wildly popular.

The flood of Chinese unicorns shows no signs of abating (imagine trying to understand that sentence ten years ago) with a number of smaller startups attracting significant attention. One such example is passenger drone manufacturer EHang, which is planning to raise $46mn via a US IPO. The company has conducted successful pre-commercial trials of the technology in its home city of Guangzhou.