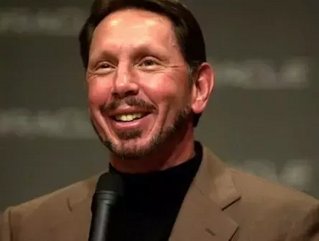 The world’s number one software giant, Oracle Corp., is expected to announce Thursday in the US that its quarterly sales have surpassed $10 billion for the first time at an unprecedented 71 cents for the company.

The reason behind the Redwood, CA-based company’s massive sales? Many analysts believe that Oracle CEO Larry Ellison has successfully mastered the art of mixing software and hardware, and big companies are sold. The catalyst to software-hardware hybrid was the purchase of Sun Microsystems Inc last year. The acquisition added computers to the collection of software programs that Ellison and Oracle have accumulated through more than $42 billion in acquisitions since 2005. With the Sun hardware, Oracle has modified its databases to run faster on new machines.

Another driver of growth is the rollout of Oracle’s Fusion application, which is a crosslevel platform of several software products, including Java EE, integration services, business intelligence and content management. Still, the Fusion applications are not yet where they need to be in terms of a major profit generator.

The company’s Exadata machines seem to be the profitable hardware component of the fourth quarter growth. Analysts estimate that 100 customers have the machines in production environments. The machines, which combine specially engineered Sun computers with Oracle database software, will likely keep fueling growth because customers who buy Exadata also purchase software licenses, generating even more revenue. Like the Fusion products, the future of Exadata’s success is unclear, but new license revenue is poised to deliver even more sales growth.